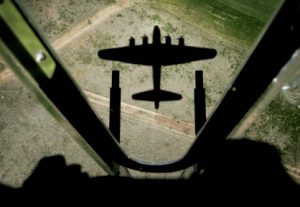 EAA AVIATION CENTER, OSHKOSH, Wisconsin — Some of the World War II era’s most significant military aircraft that have been restored and preserved by the Commemorative Air Force (CAF) will be among the highlights of the annual warbird gathering at EAA AirVenture Oshkosh 2017. The 65th annual Experimental Aircraft Association (EAA) fly-in convention is July 24-30 at Wittman Regional Airport in Oshkosh.

Among the airplanes coming to Oshkosh is the Boeing B-29 FIFI, which will join the world’s only other flying B-29 bomber, Doc, on the flight line for the first appearance of multiple B-29s in more than 50 years. In addition, CAF B-25 bombers will appear as part of the 75th anniversary of the famed Doolittle Raid of April 1942.

“While more than 300 vintage military aircraft at Oshkosh each year create the world’s largest annual warbird gathering, the CAF has been at the forefront of restoring and preserving many marvelous examples of flying history,” said Rick Larsen, EAA’s vice president of communities and member benefits who coordinates AirVenture features and attractions. “At AirVenture, visitors can see the airplanes in the air and on ground display, and also learn more about the aircraft from the people who own and fly them.” 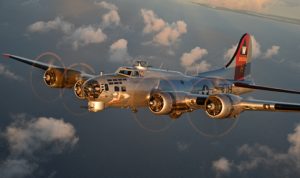 While at AirVenture, the B-29 FIFI will be available for flights on July 26-27, based from Appleton, Wisconsin. More information is available at CAF’s Air Power History Tour website. At other times, the aircraft will be displayed at Oshkosh for cockpit and aircraft tours.

Other CAF aircraft on display at EAA AirVenture Oshkosh include:

“The Commemorative Air Force is again excited to bring a number of our aircraft to Oshkosh for The World’s Greatest Aviation Celebration,” said Stephan Brown, Commemorative Air Force president. “These airplanes represent an outstanding tribute to the men and women who gave dedicated themselves and sacrificed to preserve our freedom.”

Many of the CAF aircraft will also participate in the EAA AirVenture daily afternoon air shows, including the warbird extravaganzas that take place throughout the week.