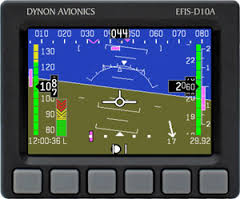 The Experimental Aircraft Association (EAA) has announced several updates to the FAA Supplemental Type Certificate (STC) it pioneered for the Dynon EFIS-D10A, an STC that was originally announced at the Sun ’n Fun Fly-In at Lakeland, Florida, in April.

The Accessible Safety STC, which is now available to EAA members for $100 each, can be ordered at eaa.org/AccessibleSafetySTC and will be shipped within two weeks after EAA AirVenture Oshkosh 2016. The STC is officially supplied and owned by an EAA subsidiary – EAA STC, LLC – that is fully supported by EAA and ensures the high standards and attention expected for EAA-related products.

In addition to the Cessna and Piper aircraft first announced in April, several more models of each aircraft are now eligible. It now includes the Cessna 175, 177 and 182 series, as well as the Piper PA-24 and PA-32 series. Additional aircraft outside these two manufacturers are expected to be added soon.

In addition, the STC has been expanded to include the Dynon EFIS-D100 as an approved substitution for the Dynon EFIS-D10A that was part of the initial STC. The two devices share virtually the same hardware and software, except that the EFIS-D100 has a seven-inch display compared to the EFIS-D10A’s four-inch display. This option will require much more extensive modification of instrument panels than the smaller display, which fits into a standard instrument hole, but the readability and versatility of the EFIS-D100 have made it a top choice of homebuilders and light sport manufacturers for years.

“Our intent in developing this STC was to bring mature, safety-enhancing technologies to the cockpits of more aircraft,” said Jack Pelton. “Today’s announcement reflects the work EAA has done in the last few months to both bring the STC to market and to continue its growth. There are many more good things to come.”

EAA STC will make detailed installation and maintenance manuals available by the time the first STCs are shipped. In the meantime, see EAA’s FAQ for answers to common questions.