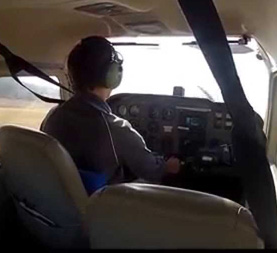 As a result of the Student Pilot Application Requirement rule, which became effective April 1, 2016, student pilot applicants with intentions of exercising pilot in command privileges on their eligibility birthday were unable to do so because of the new TSA vetting requirements.

The FAA recognized the unintended impact the new rule presented, and has published a notice that defines the procedures to allow student pilots to solo on their 16th birthday (or their 14th birthday when seeking a balloon or glider rating.)

The FAA cannot ensure adequate processing time for applications submitted less than 30 days prior to the applicant’s eligibility birthday. All qualified individuals, including Certificated Flight Instructors, should forward the completed application to their jurisdictional Flight Standards District Office (FSDO). Typical processing time for a Student Pilot Certificate is approximately three weeks from the date the Airman Registry receives the application, provided they clear the TSA vetting process.

On the applicant’s eligibility birthday, the applicant should print a temporary authorization to operate from the FAA online service at: http://www.faa.gov/licenses_certificates/airmen_certification/certificate_replacement.

This authorization allows the applicant to exercise pilot in command privileges for no more than 60 days or until the applicant’s permanent student pilot certificate arrives via mail.

For a complete explanation of the procedures, the FAA Notice can be found at http://fsims.faa.gov/PICDetail.aspx?docId=N%208900.371 or on the FAA Orders and Notices page at http://www.faa.gov/regulations_policies/orders_notices/index.cfm/go/document.list/documentType/notice

Now Pilots Can Study with Sporty’s on Apple TV