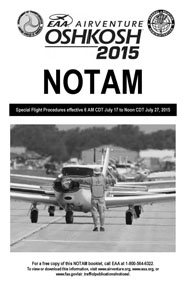 The NOTAM, which is in effect from 6 a.m. CDT on Friday, July 21, until noon CDT on July 31, outlines procedures for the many types of aircraft that fly to Oshkosh for the event, as well as aircraft that land at nearby airports.

The NOTAM was designed by the FAA to assist pilots in their EAA AirVenture flight planning. This year’s NOTAM cover features a photo of a B-25 bomber parked at Oshkosh during the fly-in.

While the overall procedure is similar to past years, there are some changes compared to the 2016 version. Some of those changes include:

Pilots can download a digital version of the NOTAM at www.EAA.org/NOTAM, or order a free printed copy via that website or by calling EAA Membership Services at 800-564-6322.

To further assist pilots flying to Oshkosh this year, EAA volunteer NOTAM chairman Fred Stadler is hosting a June 14 webinar that will highlight special tips and other aspects of the NOTAM fly-in procedures. Register at the EAA website at EAA.org/webinars. In addition, the National Transportation Safety Board has published an informative safety bulletin about arriving to a major fly-in event. 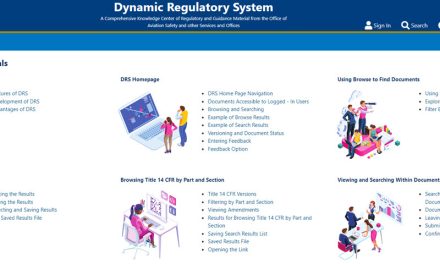