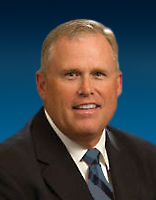 “For nearly 50 years Superior Air Parts has been recognized throughout general aviation not only for its outstanding products, but also for an unparalleled commitment to delivering exceptional after sale service,” stated Keith Chatten, CEO, Superior Air Parts, Inc. “To support all of our goals, we have assembled an engineering team with over 150 years of general aviation experience and we want the rest of Superior’s management team to be just as strong.”

“That strength is built on attracting people who truly know and love general aviation,” he said. “That’s why we’re so excited and proud to welcome Bill to our group. He came from an aviation family and earned his private pilot’s license while still in high school, so it’s safe to say flying is in his blood.”

“Being an active aircraft owner myself, I understand the joys and challenges of owning and operating a private airplane,” Ross said. “As Superior’s VP of Product Support, my number one priority is to be out in the field to work closely with aircraft owners, operators and maintainers to share my proven tips and procedures for controlling engine lifecycle costs, while enhancing operational safety.”

“Bill shares our belief that general aviation aircraft owner/operators deserve superior products, superior value, and superior support,” Chatten said. “Our primary goal is to clearly lead general aviation in delivering on all those points. We believe that the experience and expertise in our people is fundamental to that. ”

Ross is a graduate of the Alabama Aviation College with an Associate of Science in Flight Technology and has been a certified flight instructor, corporate/charter pilot and licensed airframe and powerplant mechanic for over 30 years. He also holds a Bachelors of Science from the University of South Alabama.

In his spare time, Ross is active in classic aircraft restorations and enjoys introducing the joys of flying to young enthusiasts as well as exposing them to aviation career paths.

Prior to joining Superior Air Parts, Ross had 14 years experience working for a major piston aircraft engine manufacturer where he held positions in various areas such as Quality Engineering, Analytical, Customer Service, Technical Product Support, and MRO and FBO Operations. His multi-faceted background in the industry, as well as real world flying and maintenance experience has solidified Ross being recognized as a recognized leader and contributor in General Aviation.