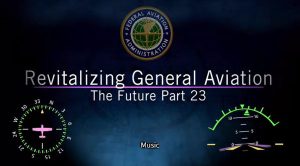 On May 2, 2016, the eve of an FAA public hearing on the Part 23 Notice of Proposed Rulemaking (NPRM) held in in College Park, Georgia, a coalition of general aviation leaders applauded the FAA’s efforts to improve safety and make it easier to bring new products to market for the light general aviation sector. The group also strongly encouraged the agency to finish its work on the issue by the end of 2016.

In March of this year, the FAA issued the proposed rule, which removes current overly prescriptive design requirements and replaces them with performance-based airworthiness standards. The NPRM also recognizes the use of consensus-based standards to establish acceptable methods of compliance for specific designs and technologies. This will facilitate the installation and retrofit of safety-enhancing technologies, bolster the light end of the general aviation market, remove barriers to certification for emerging technologies such as electric and hybrid propulsion, and foster greater harmonization between the FAA and other regulatory authorities worldwide.

“The shift to proportional and objective-based rules within the Part 23 framework will provide general aviation with the ability to more effectively design, certify, produce, operate, and maintain the airplanes of today, and it will assure the future of general aviation will only be limited by human imagination,” the associations noted in their written comments submitted to the U.S. Department of Transportation. This proposed rule takes into account the needs of the entire general aviation community and assures safety improvements will no longer be held captive to outdated and inflexible regulations that don’t keep pace with technological change.

The groups recognized the FAA for its leadership, calling the Part 23 effort “a poster child for good rulemaking.” They added, “We applaud these efforts to fully understand the range of issues involved when making changes of this magnitude.” The groups also praised Congress for its leadership in passing SARA unanimously in November of 2013.

The proposed rule is the result of nearly a decade of work, which included the Part 23 Reorganization Aviation Rulemaking Committee and the parallel European Aviation Safety Agency (EASA) CS-23 rulemaking effort. The changes will allow for the “safe adoption of current and future technologies in an extremely efficient manner” and are a lifeline to assuring that today’s general aviation community can deploy rapidly evolving new technologies, which is today stymied by the nature of current regulations.

“Given the overwhelming support for this proposed rule, and the tremendous benefits it would offer to all facets of the general aviation community for years to come, we hope the current administration will put this well-crafted rule in place as soon as possible to allow our industry to innovate freely without being shackled by outdated restrictions,” GAMA President and CEO Pete Bunce said. “The increased harmonization between the FAA and other agencies worldwide will ensure the success of this effort and allow our industry to grow in ways we can’t even think of yet. It’s time for the FAA to finish this rule.”

“The Aircraft Electronics Association urges the FAA to complete its work on the Part 23 rulemaking effort by the end of this year,” said AEA President Paula Derks. “General aviation safety can be improved by modernizing and revamping the regulations to clear the path for technology adoption and cost-effective means to retrofit the existing fleet with new safety technologies. The AEA has been actively involved in the effort to streamline burdensome regulations for several years, and we look forward to final rule completion by the FAA in the near future.”

“Part 23 reform is a critical issue to AOPA and our members, and we’ve taken an active role in every step of the process,” AOPA President Mark Baker remarked. “We’ll continue to work with FAA and other aviation organizations to move away from prescriptive design requirements and toward performance based standards. This is an important step in a process that we hope will ultimately increase safety and lower costs for pilots and aircraft manufacturers alike.”

“Completion of the Part 23 rule would be a tremendous step forward in opening the door for innovation in general aviation and continuing the legacy of American leadership in the world of flight,” noted Jack J. Pelton, CEO/Chairman of EAA. “This rule would not only bring new products to the market for today’s aircraft, it would help preserve thousands of vintage aircraft that are now part of the general aviation community.”

“HAI fully supports the FAA’s Part 23 reform initiative, which will enhance safety, move us toward performance-based standards, provide incentive for innovative applications, and enhance economic performance,” said HAI President and CEO Matt Zuccaro. “I look forward to continuing this collaborative stakeholder effort with regards to the reformation of FAR Parts 27 and 29 as they relate to helicopter certification.”

“Safety is priority one without question,” ICAS President John Cudahy said. “Part 23’s framework will enable our members to effectively keep their equipment in safe, up-to-date working order with fewer hurdles to compliance. That’s a win for safety, for our industry, and for general aviation.” NASAO President Greg Principato added, “Our members across the country see this as a much-needed way to improve safety, promote general aviation, and increase jobs in the states by tapping into new technologies and ideas.”

“The FAA’s proposed rule recognizes that we live in an era of extraordinary innovation; its emphasis on performance-based standards will accelerate the availability of exciting new safety enhancing products to the aviation community,” stated NATA President and CEO Thomas L. Hendricks. “Just as important, performance-based standards will enhance regulatory clarity, assisting in efforts to increase regulatory consistency across the agency’s regions and offices.”

“We have long understood that streamlining the certification process for general aviation manufacturers, while preserving important safety requirements, will lead to swifter adoption of new aircraft designs and vital safety equipment, benefiting everyone from pilots and their passengers to manufacturers,” said NBAA President and CEO Ed Bolen. “We thank the FAA for holding this important hearing, and we will continue working with the agency on these long-sought reforms.”

Career Up In The Air? 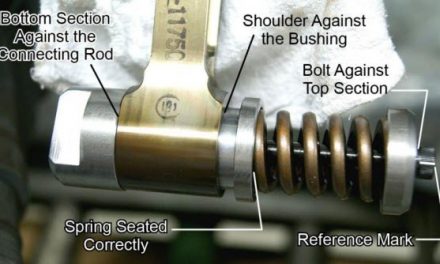