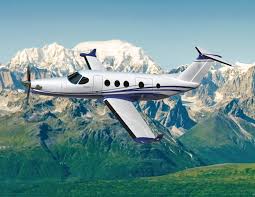 One year after unveiling a cabin mockup of its all-new high-performance single-engine turboprop at EAA AirVenture Oshkosh, Textron Aviation Inc., a Textron Inc. (NYSE:TXT) company, has made significant progress in bringing to market the Cessna Denali.

Manufacturing of the first full airframe test article has begun and the team has started building tooling for production. The clean-sheet Denali is being designed to meet the needs of customers and outperform its competition in capability, cabin experience, ownership costs and pilot interface.

“This will be the first airplane in its class to offer a FADEC-equipped engine, which will ease pilot workload, and that’s just one of the features that will make the Cessna Denali a best-in-class aircraft,” said Brad Thress, senior vice president, Engineering. “We picked up great momentum when we debuted the Denali at last year’s Oshkosh with a great response from the marketplace, and now we’re making excellent progress in the aircraft’s development program. The team began propeller test runs and component tests with GE’s new advanced turboprop engine, and door fit checks with our 51-inch wide by 53-inch tall aft cargo door that special mission operators are going to love.”

Thress said airframe design for the Cessna Denali is nearing completion and the engineering team has started to release the drawings to continue assembly of test articles and prototypes as well as detail tooling, floor assembly fixtures and assembly bond fixtures. Since the Denali was unveiled at Oshkosh last summer, the program has started fabrication of the first full airframe test article to be used for static and fatigue testing. Additional test articles have been completed and initiated testing, including the fuel system iron bird test article and cabin and cargo door test articles.

The program is targeted to achieve first flight in 2018 and letters of intent are being accepted.

“We’re seeing tremendous interest from both competing turboprop owners and piston owners looking to step up to more performance with an airplane engineered by the leaders in general aviation and backed by an extensive network of factory-direct service centers,” Thress said.

About the Denali – Engineered to achieve cruise speeds of 285 knots and full fuel payload of 1,100 pounds, the Denali will have a range of 1,600 nautical miles at high-speed cruise with one pilot and four passengers and will be able to fly from Los Angeles to Chicago, New York to Miami or London to Moscow.

The Denali will be powered by GE’s new advanced turboprop engine. The FADEC-equipped, 1,240 shaft horse power engine will ease pilot workload with its single-lever power and propeller control. The airplane will be equipped with McCauley’s new 105-inch diameter composite, five-blade, constant speed propeller, which is full feathering with reversible pitch and ice protection. The engine is designed to provide an initial 4,000-hour time between overhaul and offer class-leading performance retention for an outstanding hot/high capability.

The Denali’s flat floor cabin is designed to be the largest in its segment and will offer the versatility to easily convert between passenger and cargo configurations. The Denali’s cabin will feature an executive seating configuration of six individual reclining seats, club-configuration tables and refreshment unit or a commuter style seating layout with nine individual forward facing seats. The aircraft will boast a digital pressurization system maintaining a class-leading 6,130-foot cabin altitude at a service ceiling of 31,000 feet.

First in this class of aircraft, the Denali will offer customers an optional externally serviceable belted lavatory with pocket door enclosure that is located in the back of the cabin. Denali customers will also enjoy large cabin windows, interior LED lighting, a forward refreshment cabinet and an in-flight accessible baggage compartment.

About Textron Inc. – Textron Inc. is a multi-industry company that leverages its global network of aircraft, defense, industrial and finance businesses to provide customers with innovative solutions and services. Textron is known around the world for its powerful brands such as Bell Helicopter, Cessna, Beechcraft, Hawker, Jacobsen, Kautex, Lycoming, E-Z-GO, Greenlee, Textron Off Road, Textron Systems, and TRU Simulation + Training. For more information, visit: www.textron.com. 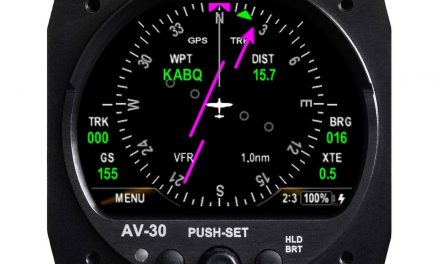