EAA AVIATION CENTER, OSHKOSH, WI – A 1945 Piper L-4J “Grasshopper” with a true World War II pedigree and the manners of a classic Piper Cub will be the grand prize for the 2016 edition of the Experimental Aircraft Association’s popular annual airplane sweepstakes. The airplane sweepstakes, which is now accepting entries postmarked by August 1, 2016, is a prime fundraiser for EAA’s activities and programs that help share The Spirit of Aviation with future generations.

This airplane is a true combat veteran, with service in the Pacific Theater of Operations in 1945, and has been fully restored by a previous Rolls Royce Trophy recipient. It retains its greenhouse Plexiglas framework, olive drab paint scheme and classic military star-and-bar logo. More information about this magnificent aircraft is available in the November 2015 issue of EAA Sport Aviation magazine.

“For more than 50 years, EAA’s aircraft sweepstakes has made it possible to win a fully restored aircraft and raise your level of flying fun,” said Jack Pelton, EAA’s chairman of the board. “The airplane is based on a Piper Cub, which is instantly an attention-getter, and is eligible to be flown as a light-sport aircraft. This will certainly be a popular grand prize for the 2016 sweepstakes, which is open through EAA AirVenture Oshkosh next July.”

Along with the traditional method of entering the sweepstakes during EAA AirVenture Oshkosh at the renowned booth hosted by EAA Chapter 22 of Rockford, Illinois, entries are accepted online at www.EAA.org/Sweepstakes and through official entry forms available in Sport Aviation magazine and from EAA mailings. Sweepstakes entries will also be available at EAA exhibits at selected aviation events and tradeshows.

Full details of the 2016 EAA Aircraft Sweepstakes and its official rules are available at the sweepstakes website.

About EAA – EAA embodies the spirit of aviation through the world’s most engaged community of aviation enthusiasts. EAA’s 190,000 members and 1,000 local chapters enjoy the fun and camaraderie of sharing their passion for flying, building and restoring recreational aircraft. For more information on EAA and its programs, call 800-JOIN-EAA (800-564-6322) or go to www.eaa.org. 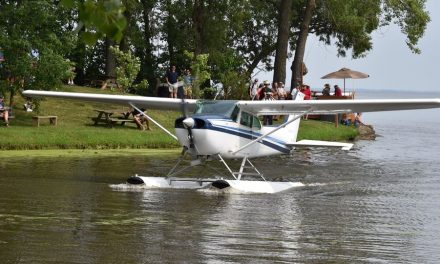 New Rule Increases Allowed Use of ATDs for Pilot Training