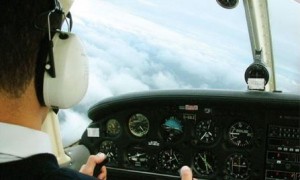 IMC chapters and members to be integrated into EAA

EAA AVIATION CENTER, OSHKOSH, WI – A newly formed Experimental Aircraft Association (EAA) subsidiary and IMC Club International, Inc., have entered into a license agreement that will provide IMC flight proficiency programming to EAA and its chapters around the world.

The agreement comes three months after EAA and IMC Club signed a letter of intent to explore an EAA acquisition, a possibility that was announced during EAA AirVenture Oshkosh 2015. The license agreement will result in IMC Club’s chapter resources and offerings being created and distributed as new programs produced by the EAA subsidiary (EAA IMC, LLC) to EAA chapters and members.

“This agreement means additional resources will now be made available for the popular IMC Club program offerings that evangelize the benefits that enhanced pilot proficiency creates for pilots of all skill levels,” said Jack Pelton, EAA’s chairman of the board. “Adding these programs is a further strong indication of EAA’s commitment to aviation safety while also expanding the value offered by EAA’s chapter network.”

In addition, IMC Club founder Radek Wyrzykowski will join the new EAA subsidiary as Manager of Flight Proficiency and continue to develop programs and activities to promote flying proficiency, including the build-out of EAA’s Pilot Proficiency Center at AirVenture. Additionally, Wyrzykowski will carry forward the IMC Club’s legacy by providing real-world scenarios (both IFR and VFR) to actively engage EAA members in becoming safer pilots through progressive training and curriculum development.

“It is important to maintain and expand the reach of IMC Club programming while allowing the content to remain free of charge. This integration into EAA allows us to do exactly that,” Wyrzykowski said. “At the same time, this agreement brings our flight safety programs and scenarios to more aviators through the worldwide reach and visibility that only EAA can provide.”

IMC Club members have received additional information regarding their EAA memberships, which will include all EAA services and EAA’s monthly flagship publication, Sport Aviation. IMC Club International, Inc. will discontinue its separate programming and new memberships.