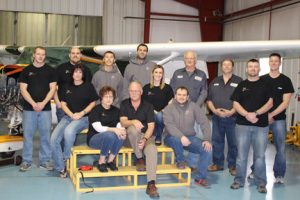 Wellington, Kansas, just south of Wichita, calls itself the “Wheat Capital of the World,” but there is a global audience that also knows it as the home of Air Plains Services, this year marking 40 years as a leader in creating extreme performance upgrades for thousands of Cessna piston aircraft around the globe. 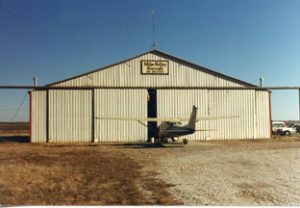 “I started Air Plains 40 years ago out of my passion for making airplanes fly better, faster and more agile, and cheaper to operate, and it’s grown into a company recognized around the world for our XP extreme performance kits for Cessna piston singles, as well as for our high-quality airframe modifications and maintenance for a variety of aircraft models,” said Mike Kelley, owner of Air Plains.

“Our team supports not only our many individual owners for XP installations and kits, aircraft maintenance and modifications, but we’re frequently called on by OEMs for our reliable expertise in getting the best performance out of a variety of aircraft models.”

The foundation of the company’s success built over 40 years is as a leader in offering Cessna 172, 180 and 182 owners a turn-key solution for higher horsepower engines, opening the door to more power, better climb performance and speed, and greater agility and range. Whether performing the installation in Kansas or shipping complete XP kits across the globe, Air Plains is known for high quality products and expert customer service. 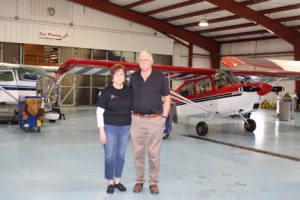 “In short, we enhance your enjoyment of your airplane, whether for business or pleasure,” Kelley said. “Extreme performance applies not only to the transformation we provide to the airplane, but to the level of service, quality and reliability our customers tell us they have received throughout our history.”

Air Plains Services was founded in 1977 by Kelley and has since grown to become an industry leader in engine and airframe modifications. In addition to delivering more than 3,000 engine upgrades to owners around the world, Air Plains continues to support some of the biggest names in aviation with advice and expertise in developing new products and technologies, particularly in aircraft engine technology.

Major projects have included early development and testing of turbochargers, electronic engine controls, and alternate fuel systems including diesel and Air Plains’ own unleaded auto fuel (Inpulse) system. Air Plains has collaborated with other suppliers on several AOPA sweepstakes airplanes such as installing its 300-hp IO-550 XP upgrade in a Cessna 182 for the 2011 Crossover Classic, and supports Yingling Aviation on its 172 Ascend program. 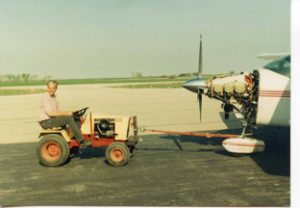 An early Air Plains mod ready to test, circa 1980.

“We’ve developed a reputation for taking on innovative development projects with major suppliers and then working through issues to get the project finished,” Kelley said. “Our desire to do new things has been very important in building relationships with OEMs, and that work has allowed us to assemble a unique knowledge base to serve all our customers.”

Air Plains is an FAA Certified Repair Station, a Certified Cessna Service Center, owns 20 STCs including five for engine upgrades, and its machine shop can produce more than 1,000 PMA part numbers for a variety of aircraft.

The company’s most well-known line of business comes from its range of Extreme Performance (XP) kits designed for a large part of the world’s population of Cessna 172s, 180s and 182s, including the 182RG. The company not only performs installations in its Wellington facility, but ships complete, ready-to-install kits around the world, supported through a global distribution network and round-the-clock customer support. 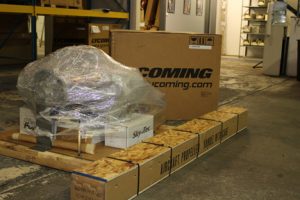 Specifically, Air Plains offers 180-hp engine upgrade solutions for the Cessna 172 based on the Lycoming O-360, and 300-hp engine solutions based on either the Continental IO-520 or IO-550 for the Cessna 180 and 182. The resulting 172XP, 180XP and 182XP aircraft all share increased cruise speed, range, rate of climb, as well as lower lifecycle maintenance costs.

“We started as a maintenance shop 40 years ago and that remains a core capability for Air Plains,” Kelley said. “The culture we established at the very beginning for high quality work and a real desire for constant improvement of aircraft and aircraft products is what makes me happiest as I look forward to the next 40 years.”