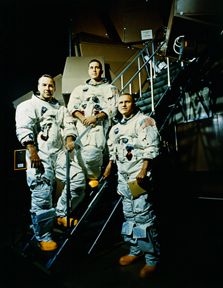 EAA AVIATION CENTER, OSHKOSH, Wisconsin — Astronauts from the Apollo missions that put humans on the moon for the first time are expected to be at EAA AirVenture Oshkosh 2017, as the “World’s Greatest Aviation Celebration” commemorates the 50th anniversary of the Apollo program.

The reunion is expected to be the largest gathering of Apollo astronauts at Oshkosh since the memorable 1994 “Salute to Apollo” program that brought together 15 of the men who were the faces of the American effort to put men on the moon. Many of the activities will be centered on AirVenture’s Apollo Day on Friday, July 28, which is highlighted by a major evening program at Theater in the Woods.

“A number of Apollo astronauts have already committed to the event, as have other people closely involved with America’s space program during that era,” said Rick Larsen, EAA’s vice president of communities and member benefits who coordinates AirVenture features and attractions. “This will be a rare, unforgettable gathering of the people who met the challenge of flying to the moon and safely returning, representing hundreds of thousands of individuals who contributed to its success. You may never get another opportunity to see the people in person, up close, as you will at Oshkosh this summer.” 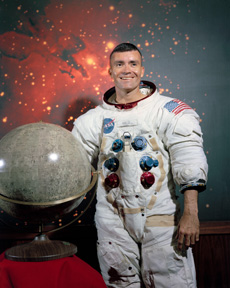 It is expected that crew members representing many of the Apollo missions will attend. Those who have already confirmed their attendance include:

Additional astronauts are expected to confirm their attendance in the coming weeks. Further details on events and schedules will be announced as they are finalized.

Visit Aircraft Spruce for the Flightcam 360