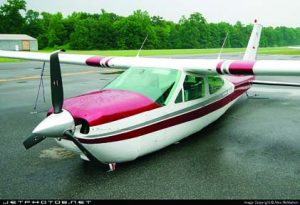 A common concern among general aviation pilots is gear-up landings, an operational challenge that can incur costly repairs to engines, propellers and airframes.

Flying high-performance single and light twin engine planes requires full-time attention.  An electronic ‘co-pilot’ is available to alert the pilot with both audio and visual warnings on gear positioning.  The P2 Audio Advisory System functions by continuously monitoring airspeed and other inputs and converts them into appropriate audio messages.

The standard gear warning horn in most general aviation aircraft is mechanical and functions relative to throttle position. As statistics show, that type of warning is often too little, too late. In fact, according to an FAA Advisory Circular, over 30% of all landing accidents are due to the landing gear not being extended.

“We incorporate state-of-the-art, solid-state technology for years of reliability,” stated Steve Petrich, P2 President. “Weighing in at only 14 ounces, the system has a negligible effect on your plane’s useful load.”

“P2’s gear-up landing advisory in my 182 RG Skyline Retractable prevented two landing accidents after an actuator contact broke off and a circuit breaker popped,” said customer Mark Beauchamp.  “I think manufacturers should put them on all planes or insurance companies require them.”

The 6601 Audio Advisory System is currently STC-approved for installation in the smallest retractable-gear aircraft up to the Raytheon King Air 90-series turboprop.  The system is also now installed in the fleets of an increasing number of flight training schools.