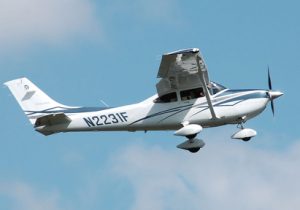 The FAA has proposed to adopt an airworthiness directive (AD) affecting numerous models of Cessna 172, 182, 206, 207 and 210 airplanes that would require inspection for possible metal-fatigue cracking in the lower area of the forward cabin doorpost bulkhead, and any necessary repairs.

AOPA is reviewing the proposed AD and will submit formal comments by the March 19 deadline.

The FAA said that following a report from an operator, investigation “revealed more than four dozen similar cracks” on affected aircraft, according to the notice of proposed rulemaking filed February 1. “This condition, if not detected and addressed, could result in failure of the wing strut attach point during operation, which could result in loss of control,” it said.

AOPA reported on the problem in February 2017 after the FAA circulated an airworthiness concern sheet seeking information from operators about the problem, and a risk of wing deformation resulting from cracks near wing strut attached fittings.