Cessna pilot John Norris can’t fly his Cessna 182 often enough. As President of U-Haul Alaska, he gets plenty of opportunities to fly in all types of weather, since that is his main transportation around his territory of Alaska and the Yukon. John is also an accomplished bush pilot and has flown the Iditarod Trail for 25 years, helping to provide a core safety net for one of the most dangerous races in the world.

The Iditarod is the grand-daddy of dog sled races – a 1,200 mile race from Anchorage in south central Alaska to Nome, on the edge of the Bering Sea. It commemorates an event in 1925, a race for life to save the children of Nome from a diphtheria epidemic. The only life-saving serum was over 1,000 miles away in Anchorage. There was no way to get it to Nome because the harbors were blocked with ice, the nearest train station was 700 miles away, and open cockpit planes couldn’t fly in the sub-zero temperatures. However, dog sleds routinely traveled the Iditarod Trail, carrying mail, supplies, and gold. Now, dog sled power was the only way to transport the medication. A call went out for help to the top mushers in the region for a round-the-clock relay to get the precious serum to Nome in time. Five and a half days, 150 dogs, and 20 drivers later, and through almost unsurviveable conditions, the serum arrived – a feat that normally takes one musher 14 to 32 days to complete.

The commemorative Iditarod Race along the Historic Iditarod Trail began in 1973. The dogs and mushers brave subzero temperatures as they trek over icy tundra, frozen rivers and lakes, through blizzards, and white-outs. So do the pilots of the Iditarod Air Force.

The IAF, as it is known locally, is a team made up of 28 intrepid volunteer bush pilots that donate their planes, time, and experience for the month-long event every March. In real life, they are cardiologists, corporate presidents, commercial air pilots, small business owners, attorneys, and more. All of them are extremely experienced pilots, supported by the Chief Pilot, who arranges all their schedules and training as they prepare for the race.

This year’s Chief Pilot is Bert Hanson, who has been with the IAF since 1984. Born and raised in Alaska, Bert lives in Anchorage with his wife Reb and family. He was Chief pilot in 1989 and 1991. In 1990 and 1993, he ran the Iditarod as a musher (behind dogs), making him one of the few pilots to have been on the ground on the Iditarod Trail as well as above it. Bert is an aircraft pilot and mechanic, currently flying commercially for Alaska Airlines. He flies a Cessna 180 for the Iditarod Air Force.

The pilots transport dog teams, veterinarians and medical personnel, dog food and equipment, check-point volunteers, and injured or exhausted mushers to points between Alaska and Nome during the race. Their planes of preference are Cessnas, mostly 180s, 182s, and 185s, though a few favor modified Cessna 172s. All the pilots go through a rigorous survival-training program, required by the FAA, which oversees pilot training and operations for the volunteer flyers. Iditarod officials require that the pilots have at least 1,000 hours of flying time, with 500 hours of that in Alaska. They are also required to have at least 100 hours of winter flying and 100 hours in a ski-equipped plane. Before pilots are allowed to fly by themselves, the Chief Pilot assigns an experienced pilot to fly with every newbie.

Though their training starts long before the actual race, they are on duty from a week or so before the race until the last racer brings home the “Red Lantern” – signifying the last place musher out on the trail.

Pilots check in with Race Logistics daily to find what their flying tasks and destinations will be for that day. It might be YTN, SKW, or any number of other locales highlighted with plane tail numbers and the names of volunteers waiting for transport. Then they head out to meet whatever the day will bring.

Flying Goes to the Dogs

Their Cessnas are the lifeline of the paws and people participating in the race. Due to the extremes in weather, conditions, and unusual flight loads, the pilots have made some interesting modifications to their planes. Flying dog teams is one of the most challenging tasks. The pilots remove the carpeting from their aircraft during the race and replace it with cardboard, which itself can easily be replaced if necessary. A plane filled with six to thirteen dogs can really push the envelope.

The pilots have developed a special cable that connects to the floorboards of the plane, running from behind the pilot’s seat through the rear luggage compartment. The cable has a number of rings on it. Each dog has an 18-inch cable with a snap hook on each end attached to its harness, which is then clipped to a tow-line ring to help keep the dog in place while the pilot is flying—theoretically. Occasionally a dog slips its ring or a portion of the cable becomes loose. That’s when it gets interesting. Pilot Joe Pendergrass recalls one occasion when this happened. The dogs got loose and Joe, engrossed in his mid-flight procedures at 3,000 feet, was unaware of it until he felt a cold draft from his door. When he turned to inspect it, he discovered that the cable had come loose and the dogs were pushing against his door, trying to get out of the plane. After finally being able to pull the nearest dog away from the door, he opened the window and, with both hands, slammed the door shut. He got the plane and his “passengers” under control and continued the flight with no more interruptions.

Often a pilot is called on to transport an ill dog. This can get dicey if the dog has been having digestive issues, which happens occasionally. The Iditarod pilots have adopted a strategy, approved by the veterinarian team, of outfitting ill dogs with plastic trash bags that encompass everything but the dog’s head. As easy as it is to maintain their Cessnas, it’s not always easy to clean up after the dogs when they have left little (or big) “presents” behind for the pilots, especially if this happens during flight. Occasionally, the dogs get unruly or begin to fight. A quick push and pull on the control yoke will cause them to float in the air for a second, which quiets them down immediately.

99% of the IAF pilots fly Cessnas. Basically, these planes have everything they need to perform well, but some pilots have made modifications specific to the unusual conditions in which they may find themselves. Bush pilots would generally tell you that the most important pieces of equipment in their flight bags are their satellite phones and personal locater beacons, but IAF pilots have a few more requirements than the average flyer.

For John Norris, who was Chief Pilot of the IAF from 1996 to 2009, his refitting of his 1957 Cessna 180 tail dragger was an exercise in preserving a colorful history. Modifications include a special electrical plug that heats the engine compartment and battery. Even with the outside temperatures at -40 degrees the engine stays a balmy 98 degrees. Special insulation and engine covers help to retain this heat during the night keeping it warm for an early morning departure. Because of the lack of fuel stops along the way, John has added extended range fuel tanks that can take it up to 950 miles without stopping for fuel. Many times his Cessna will take cargo or repair parts for a U-Haul customer stranded along the highway. To accommodate these parts, the seats come out quickly and are replaced with special tie-down hooks and cargo nets to keep every thing in its place when the winds kick up and make for a bouncy ride.

Current Chief Pilot, Bert Hanson, has modified his 1957 Cessna 180A with a Continental O-470K engine and a factory float kit. It has approximately 3300 hours total time on the airframe, of which all but about 250 hours are Alaska time. He recently installed Attlee Dodge rear jump seats and ski fittings, and is in the process of installing Schneider 4000-19 wheel skis and tail ski. A Sportsman STOL kit and new updated instrument panel and instruments are slated for installation shortly. Says Bert: “This aircraft is well suited for flying in Alaska and is a wonderful workhorse for flying the Iditarod.”

Pilot Scott Ivany’s 1976 Cessna A185F Ag Carryall has a long list of modifications. It includes a large 88-inch, three-blade McCauley propeller, extended wings, Micro Aerodynamics vortex generators, Sportsman STOL kit, and more. Atlee Dodge folding rear seats extend its versatility. It has an impressive useful load of over 1500 pounds. “It is amazing how fast the fishing hole clears out when you circle a few times before landing,” says Scott. The plane is equipped with Airglas LH4000 wheels skis during the winter, 26-inch Alaskan Bushwheels in the shoulder seasons, and Aerocet 3500Ls from May through September. “It’s the perfect vehicle to explore this great state (Alaska) we live in!”

The pilots agree that a plane on hydraulic wheel skis doesn’t turn as sharply as one on penetration wheel skis, where one brake can be applied to create drag. Also, setting down on a frozen river is generally a problem. Since brakes aren’t much use on ice, John Norris lands his Cessna 180, spinning it around in a half “donut” so that he is actually going backwards on the ice. Using the throttle for forward thrust actually acts as a brake to stop the aircraft. Of course, he has practiced this maneuver hundreds of times. “Don’t try this on your own”, says John. “It’s trickier than it sounds.”

Flying out on the Iditarod Trail is one of the most fun aviation adventures you can have. If you follow common sense, flight regulations, and some basic rules, you’ll have the experience of a lifetime. Here are a few of the many things to keep in mind:

Interested in flying the Iditarod Trail as a volunteer pilot next year? Visit www.iditarod.com for more information.

See ya down the trail! 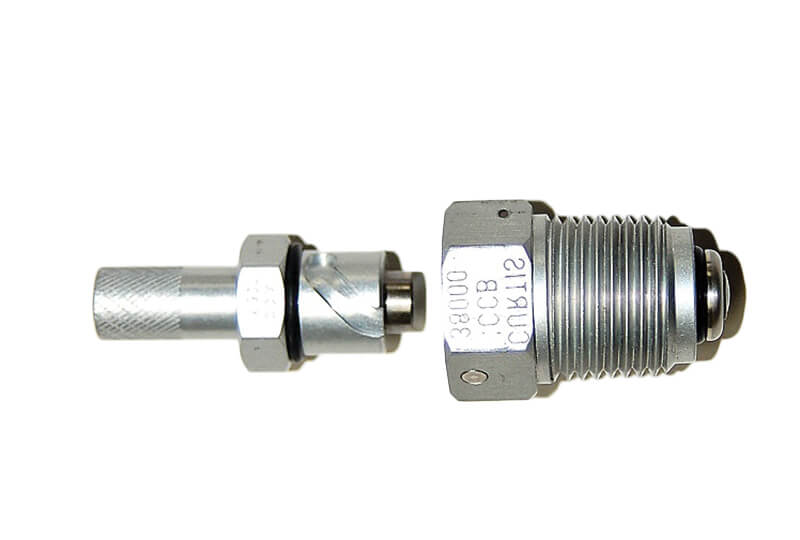