The Past, Present, and Future of Concorde Battery and the Aviation Battery Industry

The Battery’s Introduction to Aviation

Aviation has always been a testing ground for new technology and the evolution of the battery is no exception. Of course, the early pilots’ efforts were focused on simply generating lift, not powering a glass cockpit!

As WWII came to a close, many individuals got their hands on airplanes through the GI Bill. These planes were not equipped with electronics and had no electrical power sources. Soon, resourceful GA pilots took to their workshops to alleviate this issue and created Frankensteinesque aircraft equipped with Jerry-rigged lawnmower batteries. These batteries provided pilots with the power needed to run lights and radios which were quickly becoming standard. Once GA truly “took off,” technology swiftly advanced and such homebrewed battery mechanisms became a thing of the past. Still, as with any innovation, batteries had to continually evolve in order to meet the fledgling industry’s ever-increasing demand for functionality and reliability. As aviation manufacturers advanced past electronic-free aircrafts, the question of “What kind of batteries do we use?” became a serious topic of discussion. That’s where Concorde came into the picture.

What began in 1977 as a small company selling dry charge batteries to the military, has since grown into the largest airplane battery manufacturer in the world. Business was slow for Concorde back in the late ‘70s and early ‘80s, and the company wouldn’t tend to the GA market for a few more years. However, like many industry giants, it was one important contract that accelerated Concorde’s success.

In 1985, the Pentagon formed a committee dedicated to acquiring reliable aircraft batteries to replace the existing NiCad batteries that were costing the military a fortune in maintenance costs. All battery manufactures, including Concorde, were part of the committee, in addition to representatives of the U.S. Army, Navy, and Air Force. Concorde was the only company to meet the specifications established by the committee, though they did not initially qualify for the contract because of a size constraint. Concorde quickly revised their technology and it was adopted for the military where it has remained from that point on. In 1986, Concorde’s signature recombinant gas battery was given FAA PMA approval to be sold publically. The company has since become the go-to source for aircraft batteries.

Concorde achieved much of its success through diversification and simplicity.

Concorde achieves simplicity through compatibility with NiCad adapters. The company makes batteries that are exactly the same as the original that an aircraft once had and there is no necessary retrofitting because the terminals are identical. This concept results in ease of use and requires no retrofitting.

As for diversity, Concorde Battery manufactures nearly 100 aircraft batteries types—all with different applications. You name it – from Citations to choppers – they have a battery for it! In addition to a strong foothold in the GA market, 85% of the U.S. military aircraft currently use Concorde’s batteries.

In June of 2013, Concorde ceased production of dry charge batteries. Put simply, it was too expensive to continue producing a battery type that only accounted for 1% of sales. Nonetheless, this final cut from old technology was momentous for Concorde. It showed that the company could abandon the past for newer, better technology.

Concorde has earned recognition for their RG (recombinant gas) batteries. These batteries are known by many different names, such as VRSLAB (valve regulated sealed lead acid batteries), SLAB (sealed lead acid batteries), and AGM (absorbed glass mat). These RG batteries use technology in which cells are sealed with pressure relief valves that contain the gases within the battery. The plates are sandwiched between layers of microfiber glass mat consisting of a blend of glass fibers that assist in electrolyte retention. The electrolyte is absorbed and held in place by the capillary action between the fluid and the glass mat fibers. By design, the fibers are not completely saturated with the electrolyte, about 10% remains as gas. This void space provides the channels by which oxygen travels its path from positive to negative plate during charging. The void spaces allow the freshly generated gases, which are in their atomic state and very reactive, to recombine rapidly and safely. The recombination passivates the negative slightly, reducing electrolysis and, ultimately, eliminating the need to add water. Because of this type of construction, RG batteries have fairly low internal resistance; thus, they have greater cranking or starting power, particularly at cold temperatures. Additionally, the glass mat provides a much higher degree of support against shock and vibration than the flooded battery style.

These batteries have become a staple in the aviation industry, overshadowing the NiCad and gelled electrolyte competition.

How to get the most out of your battery

In the current electronic era, airplanes are heavily reliant on batteries. As such, the mechanisms that take the largest toll on energy consumption often come into question. For reference, it takes about 1-3% of a battery’s output to crank an aircraft’s engine and, if your aircraft has a generator power failure, it will take about 72% to make a flight home. That, of course, excludes any additional power drain associated with glass cockpits and other “extra” on-flight amenities. Keeping those numbers in mind, imagine the situation you’d encounter if your generator should fail and your battery wasn’t adequately charged or had aged to the point where it could no longer hold a full charge. It isn’t pretty.

If you’re treating them correctly, batteries shouldn’t last just 3 years—they should last many more! While all batteries slowly self-discharge, you can still maximize your battery’s potential. At 80 degrees, a vented battery will discharge 50% in 30 days and a sealed battery will discharge 50% in 90 days. Such self-discharge can be reduced significantly in a cold temperature environment, but unless you plan on migrating to Alaska to reduce your discharge rate, a battery maintainer may be in your best interest.

BatteryMINDer makes battery maintainer systems that will keep your battery in perfect shape while your airplane is at rest in the hangar. The maintainer functions in any environment from -40 degrees to 120 degrees, keeping batteries at an optimum state of charge. Pilots who don’t frequently fly can safely leave their battery on the maintainer, resulting in a well-conditioned battery that will easily last five to ten years.

The BatteryMINDER products are classified as charger/maintainer/desulfator systems. The charger function of the product is self-explanatory; it feeds an electric current into the battery so that it holds a charge. The maintainer function ensures that the battery will not overcharge and that it will stay within the ideal charge range. As batteries are left without being fully charged, they develop sulfur crystals. This is a normal occurrence—that is, until they grow to be large enough to interfere with the charging and functionality of the battery. The desulfator function of the BatteryMINDer breaks down sulfur crystals and rejuvenates the battery.

Depending upon your voltage/amperage and application requirements, various BatteryMINDers models are available at a variety of prices. Most run in the $160 to $200 range and allow anywhere from 2 to 6 batteries to be serviced simultaneously. BatteryMINDer also offers solar power systems (approx. $225) and a state-of-the-art, multi-battery maintainer system (approx. $1000) that can charge up to 50 batteries at a time!

Using a BatteryMINDer or similar battery maintainer can help maximize the lifespan and effectiveness of your battery, which, ultimately, keeps you safe and saves you money. Check out more maintainer products at www.BatteryMINDer.com.

Like the maintainer, the price of your next battery is dependent upon your aircraft. For example, a typical battery for a 172 costs around $250. For a few extra bucks, Concorde also offers the Platinum series option. Platinum series batteries are hand-made and offer additional power for more applications. To learn more about Concorde products and pricing, visit www.ConcordeBattery.com.

Battery of the Future?

Recently, PowerJapanPlus introduced a new battery type— the Ryden dual carbon battery. Although not directly related to aviation, this new battery has the potential to reshape the battery industry landscape.

While lithium batteries are the high-powered battery of choice for tech items like cell phones and tablets, they’ve been deemed too dangerous/complicated for the aviation industry. In fact, Boeing started an initiative to equip 787s with lithium batteries, as they held the most power potential. Unfortunately, the enormous costs and inherent danger associated with housing the batteries and making sure that there weren’t any problems with overheating and other electrical issues resulted in an expensive and ill-fated venture for Boeing.

Unlike the unstable and scarce resources used to create lithium batteries, dual carbon batteries are safer and carbon is abundant. Though Power Japan Plus, a new Japanese energy startup, has not yet mentioned any attempt to create aircraft batteries, the concept of these batteries expanding into and across other industries is intriguing.

To learn more about the dual carbon battery and the potential future of battery systems, visit www.PowerJapanPlus.com. 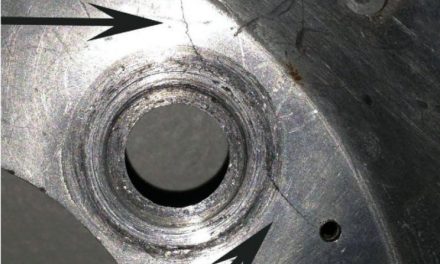 Everything You Need to Know About Aircraft Electrical in 1,000 Words