In the world of aircraft maintenance, few things come close to being as costly as the engine. Regular inspections and care come with reasonable price tags, but when it comes time to replace or overhaul it, you’re looking at dropping the cost of a brand-new pickup truck. It makes sense, then, that pilots will want to get as much life out of their engines as possible — including taking it past TBO.

Before I get started on the topic of TBO (time between overhauls), I’d like to revisit the topic of the real cost of ownership a little. In my article “How to Calculate Airplane Cost of Ownership” in the June issue of PIPERS magazine and the related webinar, I talked about the three categories I use to figure the total cost to own an airplane. Those areas are:

1. Variable costs: Items that change depending on how much you fly such as fuel burn, repairs, etc.
2. Fixed costs: These stay the same whether you fly or not and include things like hangar rent and insurance.
3. Cost of money: This is the purchase cost of the aircraft and any interest you lose or pay.

In the first category (variable costs) I included setting aside money to cover the cost of an engine overhaul or replacement. The engine is a pretty big expense. And if the engine doesn’t work well, do the rest of the expenses really matter? Basically what I’m saying is no engine, no fly!

Most owners, new and old alike, think about fuel burn, hangar expenses, insurance, and the annual inspection when asked about their expenses. It’s just kind of assumed that the engine will keep going. And in most cases, it does. But as you fly, the hours build up and you get closer to the TBO.

What does TBO mean?

TBO is the amount of time between overhauls as recommended by the manufacturer. The TBO can be the number of running hours and/or calendar time. For example, a Lycoming 160-hp engine may have a 2,000-hour TBO. It might also have a 12-year TBO. That means it is recommended that the engine be overhauled at 2,000 hours or 12 years, whichever comes first.

But it is not a mandatory requirement. As an owner, and under many FAA Part 91 operations, you can continue to operate the engine past the TBO as long as you meet the mandatory service bulletins and airworthiness directives. The engine must also continue to meet the minimum qualifications to be airworthy by your mechanic at inspections.

Some FAA Part 135 and Part 21 operations might have different requirements like meeting TBO, service bulletins, etc. I am not a mechanic so make sure you talk to your A&P before you continue operating your aircraft past TBO. Don’t take a chance to be out of compliance with the FAA guidelines.

Don’t mess with a good thing

Think about this: you have a brand-new engine and you get to 2,000 hours on the 2,000-hour TBO. The engine is running great and the compression test is great; why ruin a good thing right? You may not need to. There is no rule that says you need to do anything but make sure it meets the minimum requirements for the annual inspections. That will include any service bulletins or airworthiness directives. Assuming your engine is in compliance in addition to running well, you can just keep putting hours on the plane.

How far is too far?

How far can you go past the TBO? It’s anyone’s guess. If you have a really great engine and you have done superb maintenance, maintained good operation practices such as avoiding setting the mixture too lean or too rich, and you have never shock-cooled or overheated the engine, you could potentially go a long way past TBO.

What is a long way? Maybe 1,000 hours? I know you are probably saying “That’s crazy!” but I was at an FBO that had a Cessna 172 trainer that flew 1,600 hours past TBO. That means 3,600 hours on the engine before it was overhauled. Yep, that is a surprise. As an insurance broker I kind of cringe thinking about those hours, but that doesn’t mean it’s wrong. In this case, my understanding was the aircraft flew almost every day. It got 50-hour oil changes, 100-hour inspections, and in its particular case, rarely left the airport airspace.

That is actually a good example of the value of flying your aircraft regularly instead of letting it sit in the hangar. The more you fly, the better it is on the airplane. The less the aircraft flies, the more corrosion, gumming of the systems, etc. you’ll experience. That is the perfect excuse to fly — to keep your aircraft working.

I agree that 1,600 was a long way past TBO. Most of the mechanics I have talked to seem to think that 10-20% past the TBO is OK, but it all depends on the engine. In the case of large engines like the six-cylinder Lycomings and Continentals (250 to 310 hp) the time may be less. I have seen a lot of big engines that have a 1,700-hour TBO, but they have had a top overhaul at about 1,000 hours. I’m not saying they can’t make it past TBO, it just seems like the lower horsepower engines are more apt to make it.

In fact, I think there are a few STCs that will allow a few engines to change the TBO to 2,400 hours or so. But in reality, why have an STC when the rules don’t stop you from getting there anyway?

You are probably saying to yourself, “That all sounds great. What’s the downside?” Well, that depends on who you talk to. I had a Bonanza owner who went only a couple hundred hours past TBO and when they did overhaul the engine, the mechanic said they were lucky they made it. He said the internal of the engine looked like it was ready to explode at any moment. But then I think about the 1,600 hours past TBO Skyhawk. I have talked to many owners that have gone past the TBO by anywhere from 200 hours to 600 hours with no issues.

Still sounds good, but let’s think out loud about this. If it’s a brand-new engine, going past TBO should be pretty painless. The engine is good, has new parts, it’s first-time wear. But let’s say it is the second or third overhaul. On the first overhaul you only changed the minimum required parts that make it an official major overhaul. That means if the cylinders and pistons are within the correct minimum limits, you keep using those same parts. But on the second or third overhaul, those parts might be getting kind of tired and going past TBO may just put too much strain on them and they could fail. So, getting past TBO, in my opinion, would depend on how good the parts in the engine are to start with. And again, there is always the chance of a catastrophic failure. I can’t recommend one way or the other; it’s a choice that you need to make as the owner with the advice of your mechanic.

What will your insurance underwriter say?

Most policies do not have any language in them that stops you from going past TBO as long as the aircraft meets the FAA guidelines to be airworthy. That does bring up a situation one underwriter mentioned to me, although it’s probably rare. There could be cases where the FAA issues an AD that requires the engine to be overhauled. If the aircraft owner doesn’t comply with that AD, then the aircraft airworthiness would no longer be valid.

In that type of situation, the insurance company would not necessarily pay in the case of an accident since the plane is not airworthy. It’s also important to note that if there was a failure and your aircraft engine was damaged, the insurance company does not have to give you a new engine. They only need to make you “whole” again and put you back to where it was before the accident. If the engine was past TBO and you have a prop strike, the insurance would probably pay for the tear down, the inspection, and the reassembly. But if the engine is past TBO, most mechanics will not want to put it back together without a full overhaul.

That means if nothing was broken inside the engine, the overhaul cost is on you, the owner. All of that said, it’s worth looking into flying past TBO, but keep in mind that you and your mechanic need to be willing to take on those extra hours and the associated risk. 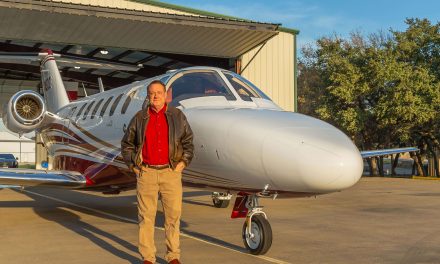 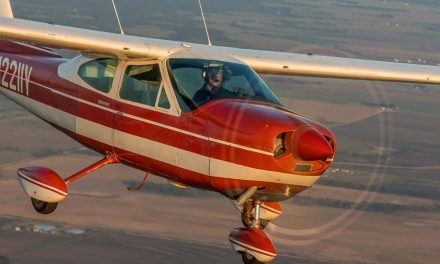 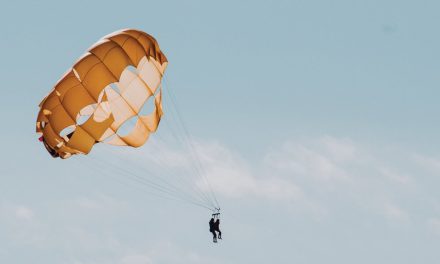 What is Cessna Aircraft Liability Insurance?