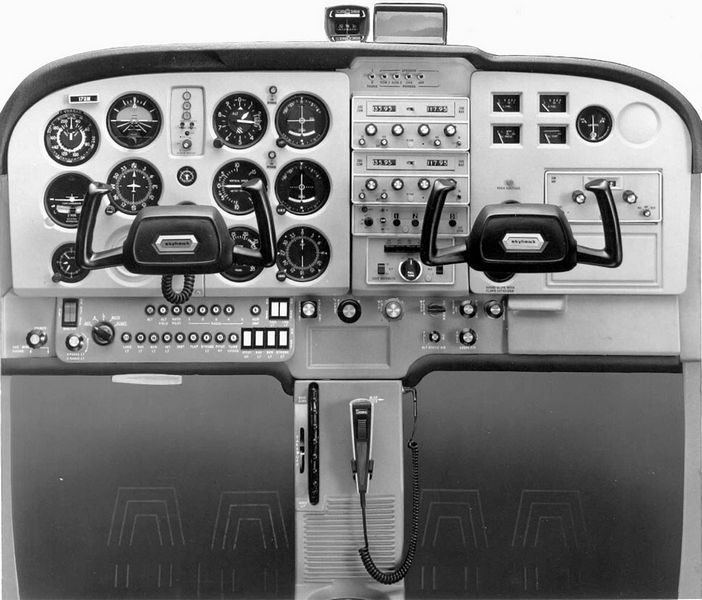 When was the last time you thought about why your instruments are arranged the way they are? Often the only time it is thought about is when a pilot is looking to upgrade their instruments or rearrange them to a more pleasing layout.

Modern Cessna 172s are equipped with impressive G1000 “Glass Cockpit” screens, but it is more likely that many pilots who learned in the Cessna 172 learned with “steam gauges” in a standard six-pack layout with a center radio stack. When compared to the 172N, P, R, and early S models, older models have nonstandard layouts that seem to lack symmetry and purpose. When older models are purchased, owners often look at their jumbled instrument layout and consider how they can create that six-pack layout that they trained on.

But the reason for these nonstandard layouts might be more complex than some owners realize. The original instrument panel came in three parts. The first was a plastic overlay, which revealed only the faces of the instruments and presented the pilot with a relatively pleasing and uncluttered view. Once the plastic overlay was pulled off (or broken off due to age and wear), most of the instruments are contained in an aluminum panel known as the shock panel. The shock panel is attached to the structure behind it using a set of rubber mounts, meant to isolate the sensitive instruments from the vibration of the aircraft. Instruments typically considered less sensitive, such as engine and temperature gauges, were often mounted directly to the structure behind the plastic. That structural piece is called the stationary panel. It is a part of the aircraft’s structure and, according to the Cessna 172 service manual, considered not ordinarily removable due to being directly secured to engine mount stringers and a forward fuselage bulkhead.

Members Only Article: Members should log in at the bottom of the article to download or view all of the diagrams in this article. Only half are shown without logging in.

An Overview of Models

Early models of 172, from 1956 to 1958, took the design from earlier Cessna models, similar to the 170. The stationary panel was designed to be open around and above the yokes to allow for the various-sized instruments. Most of the instruments were positioned above the control wheels, while radios were below the control yokes in the lower panel, and both the shock panel and plastic overlay were one piece and contained all instruments.

The 1959 172 and the 1960 172A panels held the same general shape, but most of the instruments were shifted to a shock panel that extended only from the left side to near the center. From there, the stationary panel housed most of the engine instruments. In all models 1960 and prior, instruments and radios were limited on placement due to the T shape of the control column, with a bar directly connecting the two control yokes behind the panel. (See Images 1 & 2).

In 1961, with the introduction of the 172B, and continuing on through 1963 with the 172C and 172D, the stationary panel changed significantly and began to take on a more familiar shape. By moving the radio location from below the yokes to the two small bays in the center of the stationary panel, space below the control yoke was now utilized for flight instruments. This design changed allowed for three standard 3.125-inch instruments to be placed below the pilot-side yoke, and the remainder of the flight instruments to be positioned directly to the left and right of the yoke. Engine instruments were laid out throughout the remainder of the stationary panel, positioned around the radios. The radios were confined to two smaller stacks due to the continued use of the T bar for the control yokes. (See Images 3 & 4).

The 1964 172E changed the T bar into a U shape welded to a center column. This opened up the space needed for the center radio stack. The pilot-side shock panel was slightly redesigned again to move the three 3.125-inch instruments above the yoke in a column, and the other instruments were shifted to cluster around the control yoke to compensate. Switches, fuses, cabin air, and heat controls were moved to the area below the pilot’s control yoke after giving up their previous positions to accommodate for the radio stack. To create space for this, the solution was to build up the control yoke support into a tapered area that created room for the displaced switches and controls. All engine instruments were clustered on the right-side panel, built into the stationary panel. Additionally, an area was added to the far right of the panel for more radio equipment to be installed. (See Diagram B).

Between 1965 and 1970, minimal changes were made to the panel design. Fuses, switches, and air controls were shuffled around until they found their home solely in the lower panel. By 1967 the tapered control yoke support was empty, and Cessna opted to cover that empty area completely with a plastic panel on these models, hiding what is essentially unusable space. (See Image 5).

A big jump in panel design came with the 1971 172L (See Diagram E, Images 6 & 7). In an attempt to do away with as much unusable space as possible, the stationary panel was built with an open area for the pilot’s side panel with the control yoke support narrowed. The panel could now accommodate four rows of three instruments, however, due to the curve of the panel the far-left row could only accommodate two 3.125-inch instruments and one 2.25-inch instrument. The center area above the yoke was still too small at this point to house two 3.125-inch instruments, so this became the home of built-in marker beacon lights and a suction gauge. The right-side stationary panel has an opening on the top section, where a plate would be screwed on housing fuel and temperature gauges. On the far-right side, the area was enlarged to allow for more auxiliary radio space.

This was the last iteration of the nonstandard layouts, and it lasted until late 1975, when a fundamental change began with the 172M, serial number 17265685. At this time, Cessna opted to lower the control yokes to gain more space within the panel area. Lowering the yokes nearly 1.5 inches, as well as opening up the edges of the stationary panel slightly, finally gave the clearance needed to fit two full-sized 3.125-inch instruments above the controls. At last, after 19 years, the Cessna 172 was able to fit a standard six-pack layout.

Taking the time to understand the structure behind the plastic overlay is an important first step in understanding which of the many avionics upgrade solutions are right for your model of Cessna. 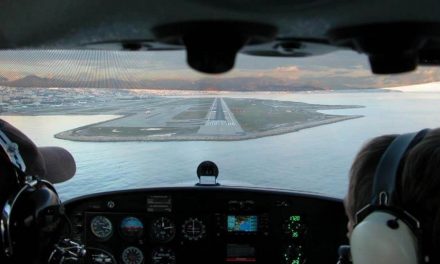 Music in the Cockpit 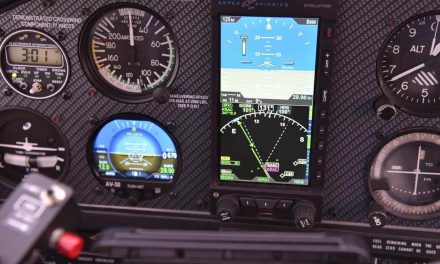