“You take off from them, you land on them… what more is there to know?” These are the thoughts of the mere average pilot. You, however, are a pilot who constantly endeavors to sharpen and hone your aviating skills, knowing that even mundane topics can have hidden risks associated with them. Here are six runway-related topics that, without proper consideration, can put you in a dire situation.

1. Construction NOTAMS can save your skin

“I love NOTAMs,” said no pilot ever! NOTAMs can be a hazard unto themselves but are still a necessary burden when it comes to any airport operations. For example: taxiways and runways can be closed from a few hours to a few months. Markings and construction barriers might be positioned, or they might not. These variables add risk to your flight as it’s possible to damage your aircraft by taxiing onto a closed runway or taxiway.

This is especially important when operating out of a non-towered airfield. There are many examples of unfortunate pilots attempting to land on a closed runway at a non-towered field. Consider your propwash or jet blast as well: it’s possible to harm workers and equipment who are working close to the barriers.

Despite the confusing world of NOTAMs, the FAA now publishes graphical Airport Construction Notices on the FAA website. These diagrams help pilots visualize areas of construction. Additionally, ForeFlight includes them in their app. The catch? You still have to review the NOTAMs because additional changes/closures/openings can occur without updates to the graphical Airport Construction Notices. The point is, take time to check NOTAMs or get a thorough FSS briefing every time.

2. Wings or no wings, it’s still a hazard

Airfield maintenance and other vehicles add risk to the airport environment, especially with complex airport layouts. Imagine exiting the runway onto a taxiway only to confront an airport maintenance car near the white runway side stripe. The pilot is faced with either slamming the brakes to avoid a wing-car collision or veering away into the grass. In the world of runway incursion statistics, this is called a vehicle deviation.  This real-life scenario occurred because the tower controller forgot about the car’s position and the ground controller assumed the tower controller was managing it.

Important takeaways to consider: ground vehicles are difficult to see, listen on the radio and build a mental model of both aircraft and vehicle positions, and one must continue “flying” the airplane while exiting the runway. Surprises can occur without warning.

3. Misheard clearances can be directions for a disaster

Let’s say you’re about to depart the field and you’re with a friend who’s also a pilot. The controller instructs you, “Three Four Sierra, Runway 28, full-length, line-up-and-wait.” You proceed as instructed, and while sitting at the end of Runway 28, ready to go, you hear the controller issue a rapid-fire takeoff clearance, “One Seven Sierra, Runway 28 at Sierra, cleared for takeoff.”

Confused, you ask your friend, “Was that for us?” He says, “I think so.” Knowing the controller is busy, you fail to clarify with the controller, and you initiate the takeoff. The problem is that a different aircraft was assigned an intersection departure from taxiway Sierra, downfield from your position. No doubt, three uses of the word “Sierra” caused confusion, but the point remains: stay alert when in position, ensure the takeoff clearance you hear is, indeed, for you and not for cross-runway traffic or downfield traffic on your runway, and most importantly, clarify any confusion you may have with your clearance.

4. Passengers are resources on the ground, to a point

A private pilot wanted to make his passenger “feel involved” in the flight. While taxiing toward the runway at a non-towered field he asked the passenger to read the Before Takeoff checklist out loud. The non-pilot passenger was confused, causing the pilot (who was not a CFI) to demonstrate how to read the items.

This process diverted the pilot’s attention from listening to the CTAF and performing the runup properly. Upon entering the runway and lining up, another aircraft flew 150 feet overhead and landed. Shocked, the pilot realized how distracted he had become; he later described the mistake of assigning pilot-related tasks to a non-pilot passenger. Instead, passengers should be treated as passengers, with proper briefings before engine start including seat belt use, according to FAR 91.107. It’s also recommended to brief exit methods, use of fire extinguishers, sterile cockpit guidelines, and the importance of helping to see and avoid traffic. Passengers should be instructed to not cause distractions but should speak up about any safety- or traffic-related items they observe. Passengers should contribute to safety, but they should not perform tasks that the PIC is responsible for.

5. Go-around proficiency is a must

Imagine crossing the numbers, initiating the flare, and reducing power to idle for that perfect touchdown at your non-towered field—only to see an aircraft rolling for takeoff in the opposite direction.

Startle factor kicks in, and you jam the throttle forward. The engine coughs and sputters from your rapid throttle movement, but it rises to full power. You try building airspeed to Vy by keeping the pitch low, but airspeed isn’t building, and the airplane is barely climbing. You don’t know why, and you initiate a gentle turn to avoid the aircraft ahead.

Still languishing, trees are approaching. It’s getting serious now. Why won’t the airplane climb? Thinking about a possible fuel problem, you look down at the fuel selector knob, and that’s where your eye catches the problem – both of them: the carb heat is still selected “on,” and the flaps are still at full landing flaps.

You push the carb heat lever in, and you properly retract the flaps. As you climb, and as your heartbeat comes down, you realize you didn’t have a systems problem. You simply failed to perform a proper go-around. A good runway safety plan involves low-altitude go-arounds, and your CFI can help you stay proficient with this maneuver. Consider practicing go-arounds at all points of the approach, from turning final to balked landing.

6. Sometimes you need to just stop

When taxiing, when’s the right time to just stop and reassess? The answer is the very moment you ask that question. There are situations, especially in low visibility, where position on the airfield can be in question. If you’re at a controlled field and need to stop to determine your position, ensure you tell the controller. They need to know, especially if traffic is following you. Some airfields have poor markings or lighting; others have uneven elevation making it difficult to see signage on the other side of raised terrain.

The worst thing any pilot can do is continue without knowing their position, make a “guess,” or fail to admit when they’re lost.

The worst thing any pilot can do is continue without knowing their position, make a “guess,” or fail to admit when they’re lost. Tools at your disposal include a moving map on your electronic flight bag app, having the taxi diagram in clear view, having adequate cockpit lighting, a briefing of the airport layout prior to aircraft movement, stopping when needed, and asking for guidance or a progressive taxi. If you’re surrounded by yellow markings, you’re on a taxiway and can stop if you inform ATC. If you’re surrounded by white markings, you’re on a runway and the situation might be more urgent—do what’s needed to avoid an incursion or collision. If you’re taxiing at O’Hare, ATC will have a meltdown if you suddenly stop, but remember that you’re PIC. You are ultimately responsible for knowing your position at all times and taking proper action.

Steve McNeilly is an airline captain, A&P, CFI, and previous examiner, with more than 14,000 hours. He creates interactive pilot training at www.avtutorials.com. 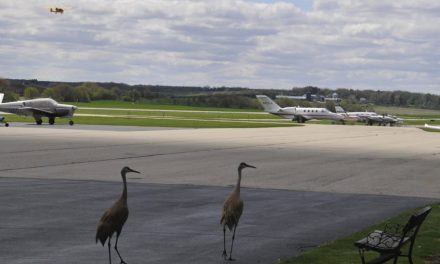 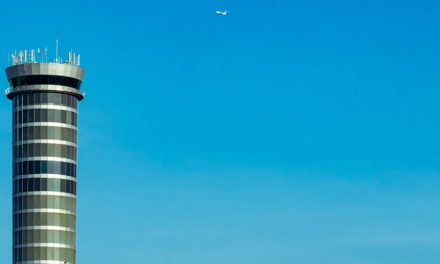 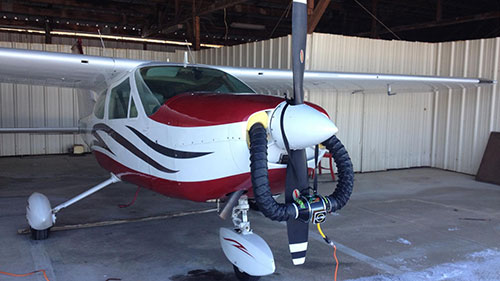