A Government Accountability Office report released September 7 revealed that a rush to ATC privatization could have a negative effect on modernization and undo progress already made on the NextGen system, with no promise of greater benefits. The report can be found online at http://bit.ly/GAO_Report_ATC

The report concludes that NextGen modernization is still within the cost estimates first provided a decade ago and NextGen has provided operational improvements at 39 of the 40 busiest airports in the U.S. It also stated that the risk of privatizing the U.S. air traffic control system presents a major challenge to NextGen implementation.

“The GAO report is another piece of evidence that EAA’s stated position of ‘Modernize, Not Privatize’ is the correct path,” said EAA Chairman and CEO Jack J. Pelton. “Contrary to what ATC privatization proponents claim, the data shows that modernization is threatened more by privatization that would undo all the progress already made. The total cost has stayed within the initial estimates and is well below the $100 billion that privatization would add to the federal deficit – with absolutely no promise of improved technology or efficiency.”

There are continued challenges to NextGen, according to the GAO. Those include uncertainties regarding future funding; whether aircraft owners equip their aircraft to use NextGen improvements; FAA’s leadership stability; and cybersecurity issues. The GAO also called out potential air traffic control restructuring as a major challenge.

“This non-partisan review by the GAO refutes the claim that NextGen is running over budget,” Pelton added. “It further proves that ATC privatization has little to do with funding and efficiency – it is a power grab by commercial aviation interests designed to enhance their profitability instead of the public good.”

EAA and other GA organizations continue to fight H.R. 2997, which includes language for ATC privatization. All owners are encouraged to contact their House representatives via www.ATCNOTFORSALE.com or EAA’s “Rally Congress” website at http://govt.eaa.org/ to express opposition to the legislation. 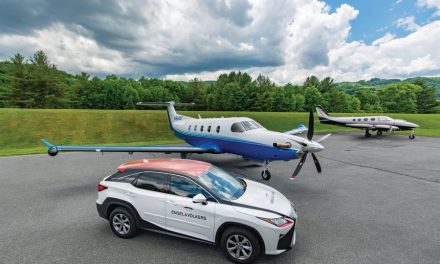 The New Meaning of “High Country”