Fast feels good. For those of us obsessed with clocking along at the velocity of a Lamborghini, speed is the kinesthetic equivalent of beauty.

Unfortunately, speed in an airplane is less telegraphic than in a supercar—unless you’re running the pylons at Reno! Granted enough altitude, speed becomes all but invisible. While you may be covering ground quicker, it’s hard to tell.

Years ago when I had the once-in-a-lifetime opportunity to fly the McDonnell Douglas F15 Eagle at 37,000 feet and Mach 1.6 (roughly 1050 mph), the big speed was simply a number on a dial—not that impressive from seven miles up.

Similarly, if you’re flying peacefully in a single-engine, private airplane, operating in clear air and sunshine 10,500 feet above Kansas, the difference between 200 mph and 200 knots may be difficult to spot. It’s hard to tell if one silo is drifting by faster than another.

But make no mistake; speed is still the ultimate aphrodisiac for many pilots and therefore the target du jour of many manufacturers. Two hundred knots has become the new improbable dream that 200 mph used to be. Range, payload, climb, endurance, and all the other parameters shrink to relative insignificance compared to pure, unbridled speed.

That’s not to demean 200 mph (or, if you’d rather, the less numerically significant 174 knots.) Even today, you can count the number of single-engine airplanes capable of max cruise at 200 mph on one hand. Among production machines, there is only one Piper (okay, two), one Cessna, one Cirrus (okay, again, two), one Beech, and the inevitable Mooney.

These days, the search for ultimate knots above 200 among piston singles is led by a quartet of contenders, at least two of which will give the bottom-rung turboprops a run for their money (and a lot less of it, at that).

For the purpose of this analysis, we’ve limited our search to piston, production airplanes. The four primary factors that dictate an aircraft’s ability to fly fast are aerodynamic efficiency, power, air density and weight.

It’s significant that all these models utilize turbochargers and must operate in the relatively thin air of the flight levels to achieve their top cruise speeds. While it’s true all four could probably manage near/over 200 knots at breathable altitudes, turbo boost and an oxygen mask are all mandatory in order to reach the big numbers.

Most high-performance, turbocharged airplanes aren’t necessarily operated in the flight levels, however. Much of the time, owners of unpressurized, turbo singles prefer to fly in the bottom three miles of sky. The climb to big altitude can be long and frustrating, wearing an oxygen mask is a nuisance, and some of the other physical symptoms of high altitude flight aren’t much fun, either.

To that end, the entire quartet will touch 200 knots at semi-breathable, VFR, cruising altitudes below the flight levels, typically above the weather but below the mandatory Class A restrictions, where most pilots operate turbocharged singles most of the time.

The standard mantra for airplanes capable of cruising at 200 knots has always been that given enough power, you could push the Queen Mary through the Mach, but the power required would indeed be prodigious.

As the late Roy Lopresti proved back in the ‘70s, it is possible to wring hidden speed out of a good design without a power increase. (After all, some gliders fly very well and very efficiently with no power at all.) Lopresti extracted 16 additional knots from the old Mooney Executive with the same 200-hp engine out front to create the 201.

Perhaps the better approach to ultimate speed, however, is to employ every possible advantage. Back in the ‘60s at Compton Airport in Southern California, I watched a pile of junked warbird parts in the hangar next to mine slowly transform into the world’s fastest piston airplane. The warbird belonged to TWA captain Lyle Shelton, and it was to become the remarkable, unlimited class Grumman F8F Bearcat, “Rare Bear.”

Shelton knew he needed both plentiful power and an extremely aerodynamic shape to go fast. Accordingly, he sandwiched an 18-cylinder, Wright R-3350 engine onto the firewall, generating more than 3000 hp with the benefit of water injection, nitrous oxide, and 70 inches of manifold pressure.

Shelton understood that power alone wouldn’t allow him to overcome the Bearcat’s draggy, barrel shape and produce a winner. To that end, the airline pilot modified the Bearcat’s drag profile, chopping 2.5 feet from each wingtip, removing the flaps and flushing the wing, redesigning the canopy to an extreme low drag configuration, and eliminating anything nonessential that might contribute drag.

In a more moderate sense, the airplanes listed below are veritable masters of their own brand of aerodynamic art. They utilize engines as strong as 350 hp and employ airframes and wings as optimized for aerodynamic efficiency as production requirements will allow.

The manufacturers also know that weight is the final ingredient that constrains speed. Any airplane will fly faster if it flies lighter. Some aerodynamicists suggest the improvement may be as much as one knot for every 100 pounds reduced on aircraft lighter than 6000 pounds.

Here’s a quick rundown of the specs on the four airplanes in the 200 + knot class. (We’ve included the very successful Piper Matrix as a fifth model, but it’s really a Mirage without pressurization.)

At the head of the pack is the Mooney Acclaim S, the lightest airplane of the group and, perhaps surprisingly, the least-powerful. Mooneys have long been among the fastest piston singles in the sky, and the Acclaim S is today the unrivaled king of speed, despite flying with the least horsepower of the group.

The Mooney Acclaim S leaves virtually nothing hanging in the wind. It’s a truly slick design that sports a drag coefficient of about .0190, nearly as good as the famous P-51 Mustang that logged an amazing .017.

I flew an Acclaim S last year that couldn’t have been much cleaner and scored 240 knots at FL250, only two knots off the book promise. That’s 276 mph, far out in front of the goal and easily the equal of some turboprops’ best efforts. Even the step was missing, not necessarily a major inconvenience, since the aft inboard section of the wing is close to the ground.

A development of the original, 2006 Acclaim, the new “S” variation offers a new prop, flap gap seals, improved gear doors, cleaner hinges, and a low drag cowling, much of the mods reconfigured by the Lopresti family.

For motive force, the Acclaim S employs a severely derated, 280-hp Continental IO-550G engine, breathing compressed sky through a pair of Kelly Aerospace turbochargers that maintain full power all the way to 25,000 feet. The Continental is approved for as much as 350 hp in other applications, so 280 hp is a bare 80 percent of the max rating. Accordingly, the big IO-550 carries a TBO of 2000 hours.

Cessna’s TTx, formerly known as the Columbia 400, is a close second to the Mooney, all the more amazing considering that the quick Cessna is a fixed-gear design. The Cessna TTx is the logical extension of the original turbocharged Columbia 400.

As a fixed-gear airplane, the TTx couldn’t be much cleaner. A composite design with no rivet heads, section lines, or any of the other inconsistencies of aluminum airplanes, the TTx is about as slick a machine as you’ll find, probably scoring a drag coefficient close to the Mooney.

The Cirrus SR22TN easily races along at better than 215 knots up high, 200 knots down low. Cirrus’s SR-22TN employs the identical engine rated for the same horsepower but boosted by a turbonormalizer produced by Tornado Alley Turbos of Ada, Oklahoma. The brainchild of Alan and Dale Klapmeier, the Cirrus features all composite construction, plus a whole-plane parachute, the latter a feature no other model offers.

The Cirrus’ combination of a clean design and essentially the same 310-hp, Continental IO-550 engine results in an optimum cruise speed of nearly 220 knots, making it easily competitive with the Acclaim S and TTx.

Semi-finally, the venerable Piper Mirages have been 200+ knot airplanes since the type’s introduction as the Malibu 30 years ago, longer than any of the others. The new Piper Matrix, at its roots a depressurized Mirage, is the latest airplane to join the 200-knot club.

The Mirage represents the old order of 200-knot machines. Introduced in 1984 as the Malibu, it was the result of the dedicated efforts of a design team led by aerodynamicist Jim Griswold. The original Malibu featured a roughly circular fuselage, designed from the outset for pressurization and high altitude operation. Better still, there was no taper as the fuselage translated aft, so all six occupants enjoyed the same head and elbow room.

The Malibu first flew with a Continental TSIO-520-BE engine churning out the familiar 310 hp, and once again, the fuselage and wing were as slick as Piper could make them. The wing was 43 feet wide (try fitting that into a standard T-hangar), designed with a relatively short chord to provide a glider-like high aspect ratio, optimized for high altitude flight.

Piper’s original spec for the Malibu was 216 knots, and most of the airplanes would reach that number in the thin air at FL250. The newer, heavier, post-1989, Lycoming-powered Mirage features 350 hp and can manage more like 213 knots.

Perhaps equally impressive to many of the older folks who can afford the current million dollar Mirage is the fact that the airplane’s 5.5 psi pressurization system allows the airplane to fly at nearly 200 knots at 12,500 feet where the cabin altitude is still practically at sea level. Similarly, the Malibu Mirage offers a six-seat, semi-cabin-class environment with a double clamshell door for entry/exit.

The Piper Matrix enjoys all the benefits of the Mirage except the inflatable cabin and offers a lower empty weight, improving payload. Cruise speed is in the same class, 210-215 knots, with almost 200 knots available at 17,500 feet.

Despite the above, not everyone is willing to pay the penalties associated with flying fast. Climb can be laborious and subject to ATC step-ups, all the models above burn 19-22 gph at high cruise, and engine overhaul shops suggest engines run at max cruise and high altitude have less chance of making TBO.

Still, there’s little question that speed sells. For many pilots, speed isn’t the most important thing. It’s the only thing. 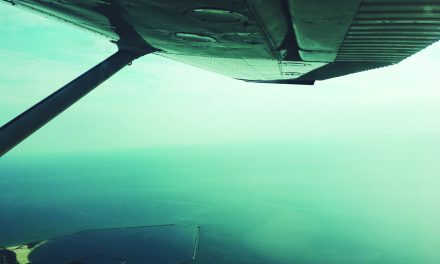 Making Sense of the Back-Course Approach: How to prepare before you encounter one 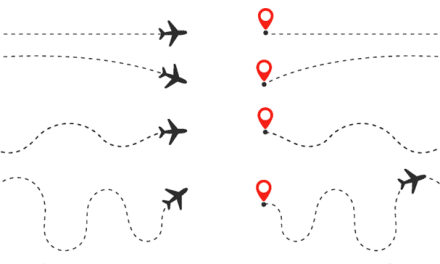