I’ve been thinking about safety, my plane, and flying quite a bit in the years since selling my Seneca and buying an Arrow. There have been a couple of safety issues that I’ve been concerned about since I made the change in March 2018 and if you’ve read our forums over that period of time, you can probably guess what they are.

A couple of years ago, I had my twin in the shop for an annual inspection, my mechanic (Cessna Owner Organization A&P/IA consultant Erich Rempert) made a comment to me. He said that my engine oil temps probably weren’t high enough. I asked him how he knew, and he gave me one of those Alice In Wonderland Cheshire cat grins that he’s really good at. He walked over to one engine and removed one of the yellow painted steel oil filler caps and handed it to me. He said to turn it over, which I did. I didn’t see anything, so I gave him a confused look. He said that there was corrosion on the inside of the oil cap, which was indicative of the engine oil not reaching a high enough temperature to boil all of the water out of the engine. No water, no corrosion on the oil cap.

My single has the same engine as my old twin — a Continental TSIO-360 — and my oil filler has the same painted yellow steel cap. I removed it and, much to my relief, there was no corrosion on the inside of the cap. However, my oil temperature gauge generally reads about 120 degrees. Erich said that I need around 180 degrees to boil off any water in the oil. Obviously, this was not good.

The first order of business was to install an oil cooler winterization plate (Picture 2) to block cold air from going through the oil cooler. I made a second winterization plate, installed it (my oil cooler has three compartments, so I now had two blocked off), and went on another test flight. This time the temperature rose a little to 140 degrees.

While I’m not a mechanic, I have learned a lot over the years by watching and asking questions. I’m also relatively good at diagnosing problems and finding logical paths to follow when solving them. This particular problem was frustrating because the next item that could cause low oil temps was the oil cooler. Was it original from 1977? Was it overhauled or replaced on the last engine overhaul 1,200 hours ago? The answers to those questions seem to be difficult to come by. I may have had to remove, replace, or overhaul the oil cooler, which might have been clogged to some extent. Overhauling or replacing an oil cooler could cost several thousand dollars so it wasn’t something I took lightly.

Before I went down that path, I thought it would be prudent to confirm that the oil temp displayed on my 1977 oil temp gauge was actually correct. Even though I had an engine monitor in my plane, a JP Instruments EDM 830, neither the oil temp nor oil pressure sensors were installed and monitored. I was still reading oil temp and pressure on the old analog gauges. So, I ordered the temperature probe (Picture 4) and oil pressure sensor (Picture 5) from Aircraft Spruce. The analog gauge shows oil temp barely above 75 degrees and the engine monitor shows oil temp at 117 degrees, a 42-degree difference. On the last test flight, the analog gauge showed about 140 degrees and the engine monitor showed 170 degrees. So, I didn’t need to overhaul my oil cooler, which saved a wheelbarrow full of money.

But why the large delta in oil temperatures displayed? The most logical assumption is that the 1977 oil temperature sensor, wiring, and display gauge are collectively broken or out of alignment. In reality, I don’t think that’s the answer. Rather, the old temp sensor is placed very near the oil cooler and hence is, well, cooler! The new temperature sensor is at the front of the engine where the oil is about 50-plus degrees hotter. This problem seems to have been solved.

So, one area of queasiness solved — oil temperature. But what about oil pressure? Are the old analog gauge and sensor reading correctly? While installing the temperature sensor I had Erich install the pressure sensor, too. And this is where technology again collides. However, the outcome is better than what I had to go through for oil temperature. Erich installed the pressure sensor and configured the engine monitor for both new sensors: oil temp and pressure. I took it for a test flight and the old analog pressure was lower than what the engine monitor was reading but by no more than 15%. Close enough!

Here’s where a healthy amount of paranoia is a good thing. When I was flying my twin over the last 30 years, I really didn’t worry about engine health. I had two engines, after all. Now that I have just one engine, I admit to worrying about it constantly. With the engine monitor now displaying correct oil temperature and pressure — in addition to turbine inlet temperature (TIT), individual cylinder head temps and exhaust gas temps (CHT and EGT), and other very meaningful displays — I’m beginning to wonder what I did without this miracle computer over the last 50 years.

While my plane was in the shop, we did two more small projects, both of which I recommend. When I switched from the twin to the single, I was determined to upgrade my brain along with the airplane. Erich recommended that I purchase an iPad mini with a yoke mount, get ForeFlight, and dump the paper charts and approach plates.

So, I bought an iPad mini, et al, connected it to my Garmin 345 transponder and Avidyne IFD 540 via Bluetooth and Wi-Fi and I was now flying without a paper map. But I still purchased the maps and kept them for backup. I have now stopped buying paper anything. My annual subscription to ForeFlight is about $200 and the amount for the paper charts I’m not buying is $300. Gosh, I’m actually saving money! What a novel concept.

So, where’s the power for my new iPad? The power wire comes out of the bottom of the iPad, a truly bad location, unfortunately, and strings across the entire panel to the cigarette lighter on the far right side of the panel and plugs into a cigarette-to-USB power adapter. It works fine but I hate loose wires in the cockpit. I found a wonderful little gadget from Guardian Avionics: a dual USB power port (Picture 10). Erich installed this right below and to the left of the iPad where some would normally install an autopilot (Picture 11). Since there wasn’t any room in the circuit breaker panel, he had to install the breaker in the panel shown in the photo.

My twin had a gas-fired Janitrol furnace and my single has an exhaust muff. Both are capable of pumping copious amounts of carbon monoxide into the cabin. Were that to happen, I don’t think I would be having a good day. So, I started researching carbon monoxide detectors and again came back to Guardian Avionics. I was interested in detecting CO before it could ruin my day.

Guardian has a handful of these devices that fit different kinds of airplanes. In my case, I also was looking at purchasing a pulse oximeter to measure my personal blood oxygen level. Since my plane is a turbo and I have a SkyOx 40-cubic-foot oxygen cylinder in the back seat, I frequently go high on long trips. In my twin 18,000 feet was the norm while wearing cannulas. In my single it takes a long time to get up to 18,000 feet so I’ve been sticking around 12,000 feet as my personal ceiling, at least for a while. Still, while not high enough to be overly concerned, I’m still concerned enough to want a pulse oximeter.

Guardian had just what I needed: the Aero 455 combination device. It’s constantly monitoring carbon monoxide and there are two displays connected for this function. If there’s a harmful amount of CO in the cabin, a yellow warning light on my panel illuminates in addition to a warning tone that will get my attention. Next, the actual carbon monoxide level is displayed on a second device, an Aero 55 display. The Aero 455 will display on most engine monitors, PFDs, and MFDs as well.

A note on this. I tried for a very long time to get the Aero 455 to display on my JPI 830 engine monitor. Erich connected the 455 to the JPI 830 per the instructions and we couldn’t get it to work. Ultimately, I just ordered the Aero 55 matching display and had it installed. It worked perfectly on the first try. And the pulse oximeter we were talking about? Stick your finger in the device for 10 seconds or so and your oxygen level and pulse rate will display, too.

So, do I feel safer having done these things? New technology oil temperature and pressure displays, iPad power, and pulse oximeter and carbon monoxide monitor. Yes, and with ADS-B In giving me weather and traffic, my S-TEC 55X autopilot giving me a smooth ride, and my engine monitor looking after the health of my engine, I definitely feel safer. 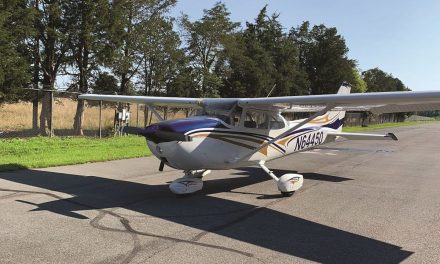 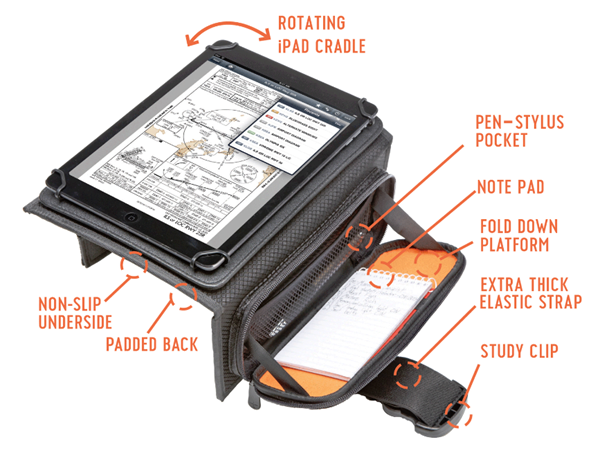 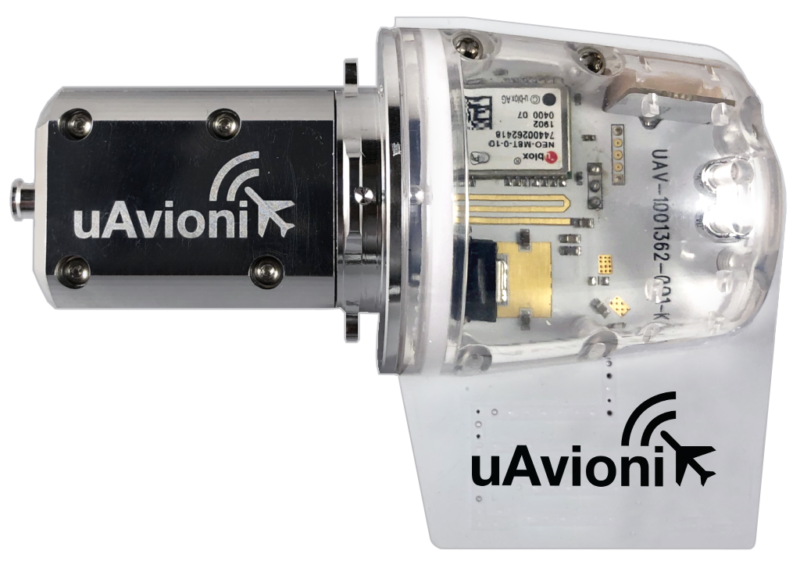