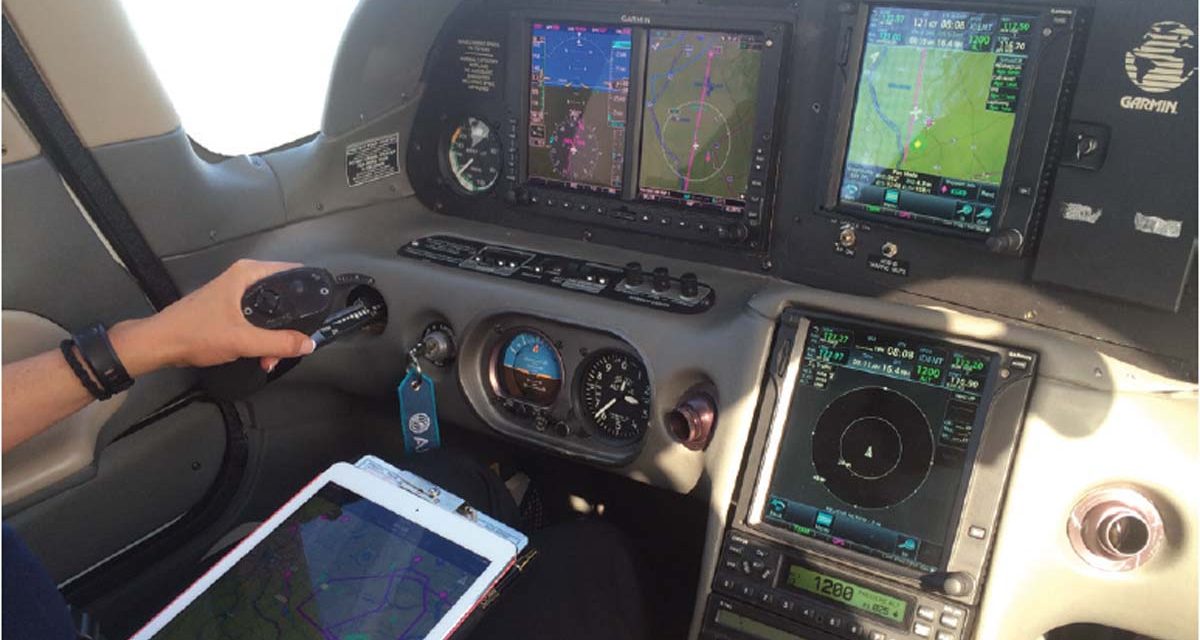 Senior contributor Bill Cox made his first international trip in 1977, flying a new Piper Chieftain from Lock Haven, Pennsylvania, to the Paris Air Show at Le Bourget Airport north of Paris. Since then, he’s made another 210 trips to Europe, Africa, Australia, South America, the Middle and Far East, and a few other places “no one else wanted to go.” Here’s some of what he’s learned (or at least, what he can remember).

When I began flying international deliveries in the ’70s, flight planning was mostly point and shoot. We laid out charts, drew course lines, measured distances, calculated wind triangles, and figured times between checkpoints. We reported position as if we knew where we were, but most of the time, we didn’t. Yes, there was the occasional VLF/Omega-equipped airplane, but GPS hadn’t yet been invented, and inertial was outside the province of most private/corporate aircraft.

These days, the advent of computerized flight planning and GPS has greatly improved the process. There are dozens of companies that offer flight planning service across the oceans. When properly primed, these services will provide everything from altitude, speed, ETA, FIR crossing times, and time en route to sunrise/sunset times, phases of the moon, and your personal biorhythms. Primary among the flight planning services are ForeFlight, Jeppesen, Universal, AOPA, and Sky Plan. Many of the same companies can even make up general declarations in advance.

One rule I learned early on was to always service the airplane prior to servicing yourself. That usually meant getting everything possible done the night before a flight – fuel, TKS, charts, flight plan, catering, provisions, customs advisory, and anything else that could expedite departure the next morning.

If you don’t get as much done as possible the night before a flight, especially if you’re launching from popular jumping off spots such as Wick, U.K.; Goose Bay, Labrador, Canada; or Reykjavik, Iceland, you might get caught in the queue and wind up wasting hours trying to get into the air. That can be especially critical when you’re eastbound, planning to jump three or four time zones, and you must arrive before a specific closing time to avoid high landing fees.

With the arrival of the Electronic Automatic Passenger Information Service (eAPIS) in the U.S. years ago, pilots from all over the world were introduced to American bureaucratic overkill. The post-9/11 era fostered a need to know everything about every flight, regardless of the logic of such extensive information.

Shortly after the program was introduced, I was hired to ferry a Grand Caravan from Los Angeles to Seoul, South Korea, and the combination of mechanical and weather delays in Hawaii prior to the leg to Majuro, Marshall Islands, meant revising the eAPIS form several times. It was a nightmare of computerized frustration, constantly having to revise and sometimes completely rewrite the government forms. Somehow, I got through it without getting arrested, but I’m still not sure how.

Fortunately, the process has become progressively more streamlined over the years, and today, Thierry Poule of Air Journey sells a software package that makes filing and modifying an eAPIS at least tolerable, if not exactly fun. Poule is an expert on international travel by private aircraft. His company leads caravans of pilots to destinations around the world, and Poule introduced the online eAPIS application to make the process easier for individual pilots.

4. The real cost of survival gear

That may compromise payload significantly, and even if it doesn’t, it may demand so much additional storage space, you’ll need to reduce the passenger load. A six/eight-seat airplane may shrink to a three seater with full survival gear on board. Also, remember that raft size shouldn’t reflect the exact number of passengers and crew on board. I carry a four-person raft for flights with one or two people and an eight-to-10-person raft for up to six folks total. Small rafts are not a good idea, as they’re less stable on the ocean and more difficult to get in to, especially in rolling waves.

Several years ago, I contracted to deliver a fully restored 421 to Johannesburg with the owner in the right seat. He was a successful surgeon in the process of stepping up from a Malibu.

I’d made perhaps 20 trips to Africa in the previous half-dozen years and thought I’d learned most of the tricks. I hadn’t appreciated one of the most valuable, however. The good doctor taught me to use credit cards as often as possible in Africa. He traveled around the continent on a regular basis and used his MasterCard and Visa whenever he could. (He didn’t even try to use American Express, as it’s less likely to be accepted because of its higher fees.)

Like most people who charge to credit cards on a regular basis, he kept careful track of his expenses, and he said his monthly billing statement was often less than his personal tally, sometimes by several hundred dollars. It seems some charges become lost in the system, never to be seen again. That was especially true on his home continent of Africa. Yes, he’d also seen some bills that were higher than his total receipts, but good recordkeeping allowed him to short-stop those charges.

If you haven’t flown a particular trip before, be wary of automatically accepting ATC’s recommended routing. A common flight plan between Reykjavik, Iceland, and northern Scotland, for example, (to destinations Stornaway, Wick, or Edinburgh) routes through 61N/1234W.

If you follow that flight plan through that checkpoint, however, you’ll fly through a small slice of Shanwick Airspace between Iceland and Scottish control. Though you’ll only be under Shanwick’s guidance for a few minutes, you’ll pay the same airway charges as you will in Iceland or Scotland. The alternative is to fly slightly farther east through 61N/10W, thereby avoiding the additional FIR (flight information region) charges and adding only a few additional miles to the flight.

You’ll always be required to file a flight plan between countries, but don’t assume that satisfies the need to advise customs of your arrival. Sometimes it does, sometimes it doesn’t. Always assume it doesn’t.

Once while flying a Cheyenne II back to the States from Brussels several years ago, weather forced a deviation north to Sondrestrom Fjord, Greenland, rather than routing through the more direct Narsarsuaq. I’d been playing tag with an MU-2 across the ocean, and we met again at Kangerlussuaq Airport (BGSF). The airplane’s new owner and his instructor were ferrying the Mitsubishi to Ohio, and the weather had pushed them north, as well. We both filed our flight plans for Frobisher Bay (CYFB now better known as Iqaluit Airport), and I filled out a CANPASS customs form for Canadian entry and faxed it to the customs office at Fro Bay.

On the short, 500-nm flight across the Labrador Sea, the Mitsubishi pilot and I traded comments about the ocean, and about 30 minutes out of Frobisher, the MU-2 pilot suddenly asked, as if it had just occurred to him, “Gee, does my flight plan suffice as customs notification for Canada?” I didn’t think it did and was a little surprised that he hadn’t faxed the required form from Sondrestrom.

Sure enough, when we landed a few minutes apart at CYFB, the Canadian customs agent was waiting for me at no charge, but my friend in the MU-2 paid a $400 (Canadian) fine for not having filed the required advance customs notification. Don’t even ask how severe the penalty is for landing in the U.S. without prior customs notification.

Several years back, I delivered a 421 from Kansas City to Subic Bay in the Philippines. The airplane was to go into service as a corporate transport around Southeast Asia. Two years later, the same client called and asked if I could pick up the airplane in Subic and return it to the U.S. When I asked what had caused the return flight, the company’s corporate pilot told me they’d made a trip to a remote airport in the Philippines, only to discover that the FBO was out of avgas and they were stranded.

In hindsight, the pilot said he’d checked for NOTAMs but admitted he hadn’t personally called ahead to check on fuel availability. As a result, the company elected to sell the 421 and buy a King Air E90, because jet fuel is virtually always available.

For that reason, I make it a point to call every future destination before departure from the prior one. I carry a current copy of the international AC-U- KWIK everywhere I go overseas, and I also have my own personal stash of phone numbers that sometimes work when AC-U-KWIK doesn’t.

No matter what the appropriate NOTAMs suggest, make it a point to verify hours of operation, any PPR (prior permission requirements), availability of avgas or jet fuel, Prist, oxygen, TKS fluid, de-ice, overnight hangars, catering, or anything else.

I’ll also check for unusual holidays to make absolutely certain the airport is open. In Greenland, for example, all airports are closed on National Day, June 21, which is the Summer Solstice with 21 hours of daylight. I once went through Narsarsuaq in summer in a Pilatus PC-12 with a P-51 on my wing (headed for the Duxford Air Show) and we landed at 1 a.m. on a Sunday night. The airport had been closed all day, and I think the fees for waking everyone up, opening the airport, landing, and servicing two airplanes with jet fuel and avgas were something like $3,500 U.S. — plus the cost of fuel! 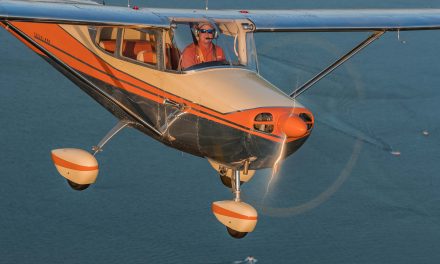 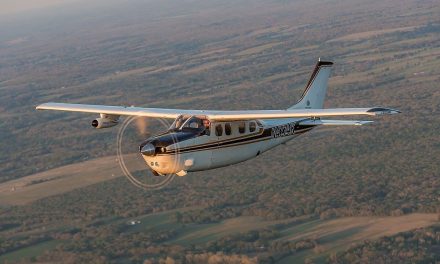