Cessna Training in a War Zone 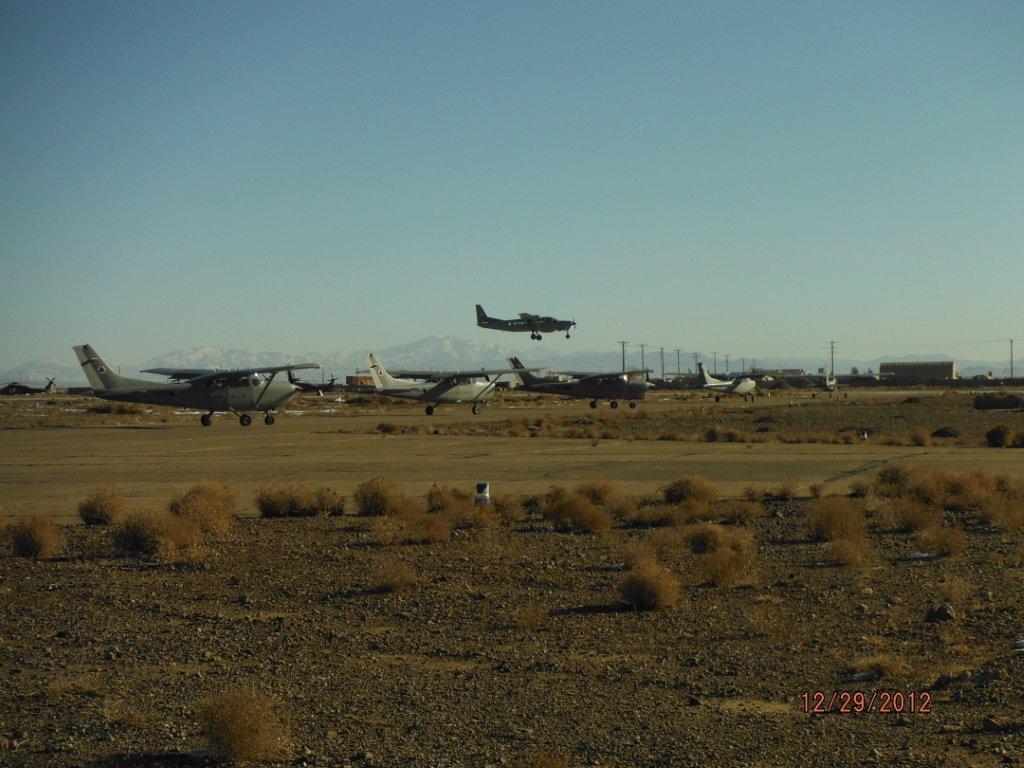 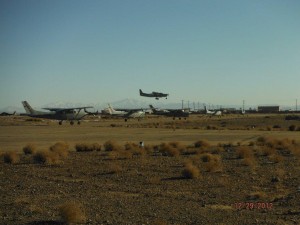 Cessna Training in a War Zone

As the sun peeks over the mountain tops, a half dozen gray Cessna 182Ts await takeoff clearance. Determined to make the correct radio call to the tower, a student-pilot holds short of the runway. He’s already attended the required English language training prior to the flight program and now wants to please his American instructor. “Baaz 42…runway 18…ready for the takeoff,” he calls, “Pattern delay!” The radio calls improve with experience—as does the flying.

Shindand Airbase is located in western Afghanistan about 60 miles south of Herat and approximately 75 miles from the Iranian border. The above scene is played out daily at this arid airbase and the student is one of many future pilots from various Afghan tribes, comprised mostly of Pashtuns, Tajiks, and Hazaras.

In September of 2011, the airfield opened to student training with the arrival of the first C182T. The first 208B arrived just one month later. Based on their established expertise and success with a similar program in which Iraqi pilots were taught to fly 172 Skyhawks and C208 Caravans, the U.S. Air Force brought i3 (Integration Innovation, Inc. – www.i3-corps.com) into the fold. The first class began December 10, 2011 with American contractors from i3’s Global Flight Training division overseeing the program.

Here, in a country with a history of flying (primarily) Soviet aircraft, Cessnas have already established their own legacy. Currently, Skylanes and Caravans are both used for training, while the 208Bs are also used for transport from Shindand to Kabul in the east. The Cessnas are not only much cheaper to operate than typical military aircraft, but they’ve also proven to be excellent trainers for the Afghan Air Force. As an added bonus, they come equipped with Garmin G1000s. Students, many of whom have never even driven a car, are quite impressed with the avionics. In fact, instructors must often direct students away from the “eye candy” appeal of the panel to what’s actually happening outside the window!

Obviously, Shindand presents challenges that most pilots-in-training won’t typically deal with—like soloing in a pattern while avoiding military aircraft descending into the pattern via “tactical arrivals.” Not to mention the occasional rocket attack! The Cessnas of Shindand share airspace with drones, helicopters, and a variety of transient military aircraft so pilots in the overhead pattern are always on the lookout for threats. Though villages in the immediate vicinity have become accustomed to the Cessnas overhead, there are areas that must be avoided. Fortunately, to date, there have been no Cessnas hit by ground fire.

Despite the war-zone environment, the instructor pilots of i3 enjoy the work. “It’s a challenge, but working with the Afghan students is very rewarding,” said Joseph Dillinger, an i3 pilot who has been with the Shindand program since 2012. “These guys come from a world that most Americans only see on TV and they’re motivated to learn. It’s a real pleasure to help them out.”

For the students, this is the opportunity of a lifetime. Many are the primary providers for their families and are expected to spend the entire year of training away from their loved ones. Attending flight training is a sacrifice, but it’s also an honor and their enthusiasm runs high.

Every student has a story

In addition to inherent language and technological barriers, many of those who train at Shindand also deal with the challenges of everyday Afghan life. Examples are plentiful and include a young pilot whose brother, an Afghan Army soldier, was killed by an IED while out on patrol during his brother‘s attendance in the IFS program. Another student had pay problems that delayed his earnings for months. As per Afghan custom, he, as the eldest son, was responsible for supporting a dozen family members at home. The situation escalated to the point that he told his instructor that was he was so stressed about his family going hungry that he was unfit to fly. Fortunately, his pay did catch up and he successfully continued his training.

There are, of course, other sociological and political challenges as well. A current student and his family have been receiving threatening phone calls after it was discovered that he was in the program. Undeterred, he remains determined to make a better life for himself and his family. Another incident involved a student being stopped at a Taliban checkpoint while traveling. The Taliban gunmen demanded to see all of the passengers’ IDs. The student had his military ID on him, but was able to remove the card and toss it into nearby weeds before it was discovered.

Contrary to what you might think, not all students are youngsters—nor are they all men! There are a small number of “legacy” pilots who were trained during the Soviet regime and have decided to get back into the flying business. One such individual, a former Mig-21 pilot, had been living a semi-comfortable life as a tailor in Kabul, but decided to return to service for his country, despite being a grandfather.

Shindand is also proud to have graduated the first female Afghan pilot in 30 years. She now flies operational 208s in Kabul. Currently, there are two other young ladies in the program. Though the girls have support among their classmates, not all Afghans at the base are in favor. The girls have endured harassment from some of the Afghans working the flight line. When this occurs they do their best to ignore the taunts as they continue on to the aircraft.

The girls face other cultural challenges that are difficult for westerners to comprehend. They are not allowed to eat with the men and must be escorted wherever they go on the Afghan side of the base. In another example, the U.S. Air Force introduced the Afghan pilots to the “solo tank” as rite of passage tradition. Upon soloing, students are dunked in a small, waist-deep tank of water. One of the females recently soloed and took her turn at the dunking. The next day a couple of the men soloed, but refused to be dunked until the tank was emptied and scrubbed.

All students spend a year of English language training at Shindand and the lessons continue into the flight program. According to Randy Dyess, i3’s lead pilot, “Our job is to teach English,” a message he often emphasizes to his instructors. Simple terms must be established to ensure effective communication in the cockpit. A recent exchange between an instructor teaching and a student trying very hard to comprehend what was being said prompted the student to exclaim in frustration: “I wish I could understand you!” The lessons continue.

Students very much enjoy the aircraft and the Cessnas allow for a variety of military-type training opportunities. They learn to do short-field/soft-field takeoffs and landings, visual navigation, as well as, standard aerial maneuvers including chandelles, lazy eights, stalls, and engine-out procedures.

They begin with Initial Flight Training (IFS) and receive 33.0 hours of C182 time and nine simulations. Upon completion of IFS, one half of the class goes to rotor training in the MD-530 and, later, the MI-17 transport helicopter. This training is also conducted at Shindand. The remaining students continue with the Undergraduate Pilot Training (UPT) and receive an additional 61.5 hours in the C182. Next, they enter the C208 phase where they fly 84.0 hours. They also sit in on 206 hours of academics and 45 simulations for a total of 265 training days in the UPT phase.

As of April 2014, the program has produced 29 fixed-wing graduates and has an additional 24 students in training. Shindand has also produced two Afghan flight instructors with three more instructor-students currently in Pilot Instructor Training (PIT). The goal is to have 8 to 14 Afghan instructor pilots by the end of the calendar year.

Once a class has finished the year-long program they receive their Afghan Air Force wings. The class then breaks up as individuals branch out into other aircraft within the Afghan Air Force. The selection includes PC-12s, C-130s, and operational C208Bs. A small number of students will stay with the program at Shindand as they continue their training to become flight instructors.

The possible withdrawal of American forces from Afghanistan scheduled for later this year leaves questions as to what will happen to the flying program. Hopefully, the Afghans will be able to sustain the operation and the mighty Cessna will continue to train the future airmen of the Afghan Air Force, though few within the instructor force believe that will happen without U.S. involvement. Fortunately, however, there will be Afghan instructors in place by the scheduled departure date.

For now, the instructor pilots of i3 will continue to work hard to see that as many Afghan students as possible receive the coveted title of pilot—to many, it’s their ticket to a better life. 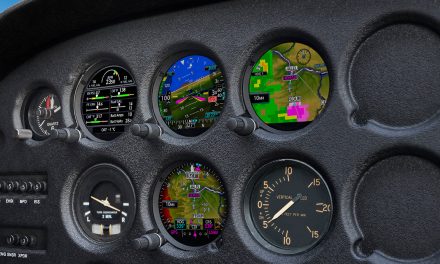 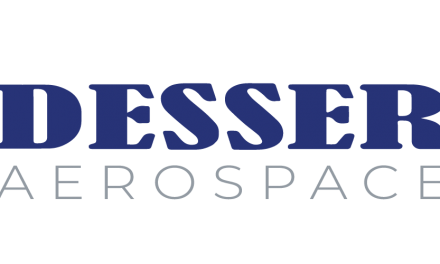