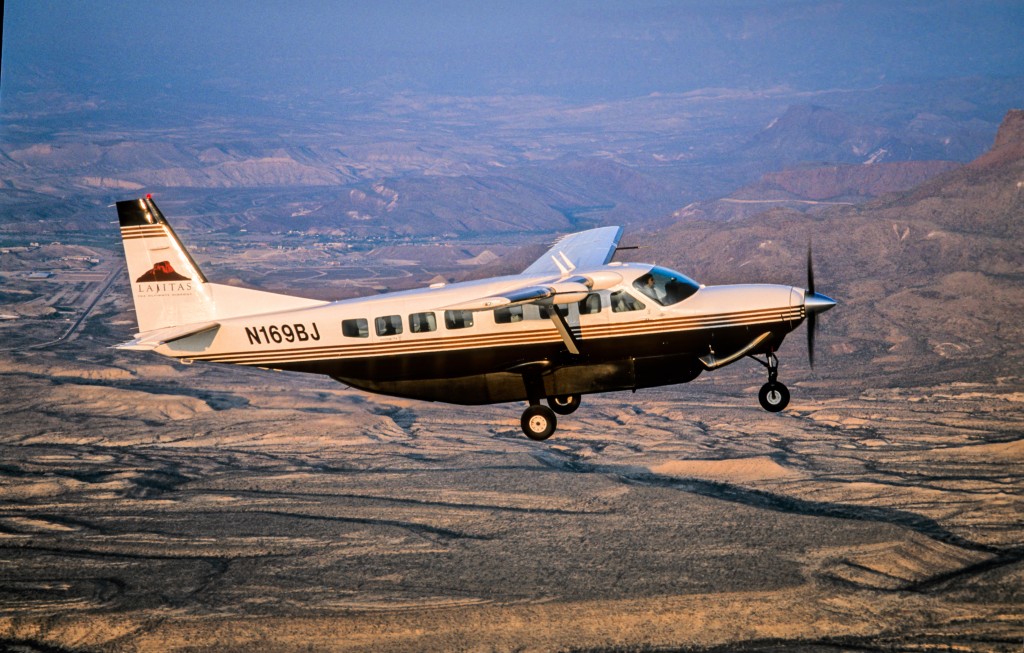 When I was a college kid at UNM in Albuquerque, more horsepower had only one goal – more speed. A buddy and I put together a souped-up Ford we hoped could win races on dirt tracks in the Southwestern U.S., and we were constantly in search of more power.

Operating on a shoestring budget, we were doomed not to win any races; and, sure enough, we didn’t. However, we had great fun, spent most of what little money we had, and succeeded in raising horsepower by an undetermined amount (or so we thought). We even attended classes once in a while!

Fast forward forty years, and I’m still something of a power junkie, though I now know how expensive that hobby can be. Certainly, Formula 1 and Indy cars that operate at or near 200 mph must pay heed to drag concerns, but sheer, brute power is still king in auto racing. With the benefit of higher gear ratios, racers can realize major benefits from additional power.

Change the vehicles from race cars to airplanes, however, and unbridled speed isn’t always the primary goal—not too surprising since adding power in an airplane isn’t a very

That’s because drag increases as the square of speed. For that reason, even a gigundous power-up yields a disproportionately small improvement in cruise. When the machine is an airplane, common objectives of additional power are better payload, improved climb, and reduced runway requirements. If those are the mission parameters, power may be exactly the right solution.

Two years ago, Cessna answered the question posed by so many Caravan owners in search of better useful load and improved climb. Why not add more power? Pratt & Whitney builds engines up through 1200 shp and beyond, and all have proven themselves supremely capable of delivering consistent power for thousands of hours.

The model 208 is a huge panel truck of an airplane, built tough to withstand pretty much whatever abuse you decide to inflict. Speed isn’t terribly relevant on the Caravan. The airplane is a capacious weight lifter, designed more for how much it can carry and where it can go than how fast it can get there.

There are a total of four doors on the largest single-engine Cessna; pilot and copilot crew doors on opposite sides up front, a fold-down, airstair door at aft right, and another, extra wide, aft cargo door on the left side. The last was designed for loading large, heavy items and will even accommodate a fork lift. Alternately, it’s been used for dumping skydivers over a drop zone and a myriad of other applications. A few years back, I delivered a Caravan to Seoul, South Korea, and installing the 400-gallon ferry tanks was almost silly simple with the 208’s ultimate access cargo doors.

Cessna’s workhorse turboprop has always been a popular weightlifter, so much so that the Wichita manufacturer delivered its 2000th Caravan three years ago. At an average price just north of $1 million (today’s entry level Caravan starts at $2.135 million), that represents $2 billion in sales.

Back in 1985, the original Cessna 208 design was fitted with 600 shp, and that was upgraded to 675 shp as standard in 1998. Federal Express, the preeminent overnight package service, loves the airplane so much that it now operates more than 250 of the type. FedEx uses Caravans on feeder routes from small towns to major collection points. Google Earth operates a large fleet of Caravans through a group of subcontractors who modify the airplane with camera ports and produce those astounding, aerial photos of practically any place you can think of.

The concept of a power increase was not without precedent.

Blackhawk Modifications, Inc. of Waco, Texas, (www.blackhawk.aero) certified an STC’d, 850-shp upgrade to both the standard model and the Grand Caravan several years ago, and they’ve had spectacular success selling the upgrade to owners of older Caravans whose airplanes have reached or are approaching the P&W’s 3600 hour TBO.

Texas Turbines of Denison, Texas (www.texasturbines.com) also offers a major power upgrade on the Caravan to 900 hp utilizing the Honeywell TPE-331-12JR engine. The result is the Supervan 900. Again, target buyers are often owners of amphibious Caravans with a need to jump off the water with a big load in a short distance.

For its second factory upgrade, Cessna decided on the new generation Pratt & Whitney PT6A-140 turbine, rated for 867 shp. Adding power is always a roll of the dice. Add too much without increasing fuel capacity, and you risk compromising range and possibly payload because of the heavier empty weight. Add too little, and the performance benefits are often outweighed by the certification and production incorporation costs.

In this case, the primary benefit for the Caravan EX was/is a major boost to useful load. A secondary advantage is reduced takeoff distance, especially on the amphibious model. I didn’t get to fly the amphib, but I’ve seen video of the comparative performance, and the EX has all the advantages except fuel burn.

Operationally, everything from the firewall forward remains pretty much standard PT6A. Engine start and preflight checks are the same as before. Turn on the master and fuel pumps, engage the starter (which automatically activates the igniters); then, introduce fuel at 13 percent Ng, and watch everything come to life. The PT6A-140 engine spools up nicely, without a hint of overheat.

The comforting thing about a turbine is that once it’s lit, there’s little left to do but fly. And fly with enthusiasm is what the EX does best! I’m far from a Caravan expert, but I’ve delivered a half-dozen of the type overseas, and you definitely notice the difference with the EX the first time the thrust lever goes forward for takeoff. At light weights, you can usually plan to be off the ground in less than 1000 feet.

Hold Vy of 105 knots for the short climb to cruise altitude, and you’ll see vertical speeds of 1500 fpm or more flying at medium weights. The Caravan doesn’t demand a high nose attitude for climb. Vy still allows a reasonable view over the cowling, and cruise climb only improves on a good thing.

The airplane’s impressive climb rate drops off slightly above 10,000 feet, but the airplane will still loft uphill at 1000 fpm through 10,000 feet. Considering that most operators won’t always be flying at max gross, high/hot situations shouldn’t be much of a consideration for this airplane.

As mentioned earlier, a better climb rate can be more than an extra safety factor. Good climb can actually offer financial benefits. If you’re in the skydiving business, strong climb can generate more revenue by allowing you to make more jump flights per day, scampering up to altitude with a full load of jumpers, dropping them off, and returning to the ground at 5000 fpm for the next load.

Whatever the cargo, packages or humans, it will have commodious accommodations inside the Caravan. The cabin measures a generous 64 inches across by 54 inches tall. Such uncommon space has made Caravans popular for more than merely carrying packages and other cargo. The type has become a frequent vehicle for corporate transport. One operator in Southern California has had success marketing his Grand Caravan with a sumptuous Oasis luxury interior against corporate jets on short legs. For short legs, say LA to San Diego, Palm Springs or Las Vegas, his flight times aren’t that far behind corporate jets, and the price is usually about 1/4 or 1/3 that of a jet’s hourly price

For those owners looking for more speed, the improved Caravan provides about 30 knots better performance at two-and-a-half mile altitudes. Flying at 11,500 feet with the thrust at max allowable, you should see true airspeeds in the neighborhood of 185 knots. In my delivery work around the world, I’ve rarely seen more than 165 knots cruise on the 675 knot Caravans operating at max gross weight.

Of course, specific fuel consumption is pretty much immutable, about .58 pounds/shaft hp/hr, so a 25 percent increase in horsepower results in 25 percent higher fuel burn. That means normal cruise in the EX jumps from 290 to about 370 pounds/hr. As partial compensation, the more powerful airplane cruises about 19 percent faster, so you’re not losing much in the transition.

While it’s true that speed isn’t the most important attribute of the Caravan, time has value, especially on corporate missions. A 19 percent increase in speed means a given trip demands less wear and tear on the airplane and less time subtracted from the engine’s 3600 hour TBO.

With a full 2224 pounds of fuel aboard, you’ll still have better than five hours endurance, enough for nearly 1000 nm between pit stops. And remember, that’s at max cruise. Come back to a more moderate power setting and you could probably endure for 6.5 hours and 1200 nm.

Inflight handling of the Caravan EX is virtually identical to that of the stock airplane, though you’re sure to be impressed by the higher cruise speeds. Stalls remain docile and totally predictable.

Back in the pattern, you’ll be hard-pressed to get the airplane mad at you. Calling a Caravan a Skyhawk on steroids is an inevitable oversimplification, but once you become accustomed to the weight, the Super Caravan truly is as docile and friendly as a giant 172.

The Caravan EX is priced at $2.15 million, and it’s not hard to understand why Cessna has seen considerable enthusiasm for the new model. The extra power of the EX may not be a total game changer, but it does transform the Caravan into a stronger, more flexible machine, seemingly capable of reinventing itself for a bewildering variety of missions.

All specifications and performance figures are drawn from official sources, often the aircraft flight manual or the manufacturer’s web site. Another reliable source of information is Jane’s All-the-World’s Aircraft.

The 310: Cessna’s Six-Seat “Learjet with Props”