The Commemorative Air Force (CAF) announced the launch of an ambitious Kickstarter Campaign during the month of November to help bring to life the production of their new CAF RISE ABOVE: WASP educational outreach program.

The program’s mission is to provide young people, specifically young women, a greater appreciation of their own potential, an awareness of the opportunities that surround them, and a mentorship pathway to accomplish their dreams. It is based on the history and legacy of the Women Airforce Service Pilots (WASP), our country’s first female military aviators.

“Our goal is to raise $100,000 in 30 days,” said Heather Penney, CAF National WASP Program Chair and one of our nation’s first female fighter pilots. “Since the inception of CAF RISE ABOVE: WASP, we’ve found that there is a lot of grassroots support to honor these remarkable aviators, who are like the spiritual grandmothers to my generation of female pilots. The estimated budget for the entire program is $1.5 million; we believe that the Kickstarter campaign will give us the foundation needed to launch this creative program. It will also bring attention to our important mission to inspire and mentor youth, especially girls, to rise above any obstacles and find their own path to success.”

Funds raised through the Kickstarter campaign will be used for the two main outreach vehicles of the program – the acquisition of an aircraft to honor the WASP and the production of a film that will educate audiences around the country about their inspirational history. The CAF’s Rise Above program seeks to inspire audiences to find the greatness that exists within them to achieve success by sharing the lessons of the Greatest Generation and connecting young people to their stories.

The Kickstarter campaign will enable the CAF to acquire an AT-6 Texan aircraft that traces its lineage back to a WASP flight training program at Avenger Field in Sweetwater, Texas during World War II. The historic aircraft will be a flying tribute to the WASP at aviation events, and piloted by members of the new CAF WASP Squadron.

The campaign will also help fund the production of a new dynamic film narrated by a three-time Academy Award nominated actress about the WASP that will be shown in easily transportable mobile theaters deployed around the country (click HERE for the trailer). The film will utilize cutting-edge technology that allows it to be viewed on a curved screen in an inflatable dome theater, providing an unparalleled immersive experience. Combining actual WASP interviews, high-quality historical footage, period-correct reenactment scenes, and captivating in-air footage of authentic military aircraft in flight. The film is poised to become the definitive body of work commemorating the achievements of the WASP.

CAF RISE ABOVE: WASP aims to provide young women with robust female role models shown in non-gender-typical careers as being successful and passionate. “The WASP were overlooked for so many years and are finally being honored for their service and leadership. Their legacy goes beyond flying airplanes. It is an inspirational message about what can be achieved when we don’t let others stand in the way of pursuing our dreams,” said Debbie Travis-King, WASP Squadron leader and the first woman to pilot a B-29 since World War II. “This fundraising campaign will allow us to bring our important program directly to youth and provide the mentorship that may very well springboard them to greater heights of personal success.”

Learn more about the CAF’s Kickstarter campaign at https://www.kickstarter.com/projects/caf/trailblazing-women-pilots-honoring-the-wasp

Collecting, restoring and flying vintage historical aircraft for more than half a century, the Commemorative Air Force ranks as one of the largest private air forces in the world. The CAF is dedicated to Honoring American Military Aviation through flight, exhibition and remembrance. A non-profit educational association, the CAF has more than 12,000 members and a fleet of 165 airplanes distributed throughout the country to 76 CAF units for care and operation. For more information, visit www.commemorativeairforce.org.

About the CAF WASP Squadron – The Commemorative Air Force organization has several unit locations across the world. The CAF WASP squadron’s mission is to honor the Women Airforce Service Pilots (WASP) of World War II. The unit plans to tour the country with an AT-6 Texan telling the WASP story as part of the CAF RISE ABOVE: WASP national educational initiative.

About Heather Penney – Heather Penney was one of the first few female fighter pilots in America. She was commissioned as an officer and served two tours in Iraq.  As the only woman in her fighter pilot training class and the only woman in her fighter squadron, Penney drew upon the legacy of the WASP to be reminded of her ability to succeed at any goal she set for herself. On Sept. 11, 2001, Penney, then serving with the Air National Guard, was called to intercept hijacked United Airlines Flight 93 before it struck a target in Washington, DC. Her weapon was only the un-armed F-16 fighter jet she was flying. She was prepared to sacrifice her life for her country. Subsequently Flight 93 crashed when the brave passengers attempted to take control of the aircraft and crashed it into a field. 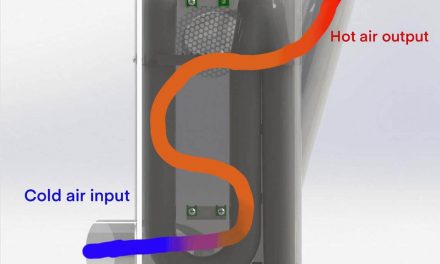