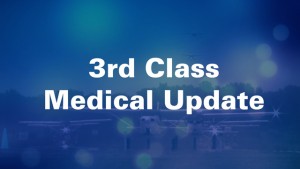 September 25, 2015 – Senator James Inhofe (R-Oklahoma), a longtime pilot and EAA member, took to the Senate floor on Thursday to update his colleagues on the Pilot’s Bill of Rights 2 and urge those senators not yet supporting the measure to sign on.

During his address, Sen. Inhofe also outlined the modifications to the original bill (S.571) that he deemed necessary to draw the support of more than 50 additional Senators since he introduced it last February.

“This bill is vitally important to the 617,000 pilots in our country,” Sen. Inhofe said. “Ten years ago, the introduction of sport pilot eligibility gave an opportunity to fly with modified medical certification. After 10 years, the medical safety experience has been positive.”

Sen. Inhofe cited an AOPA Air Safety Institute study of the more than 46,000 aircraft accidents over the past decade, which found that less than one quarter of one percent of all accidents had medical factors involved. Of those, almost none would have been prevented through the current third-class medical certification process.

Sen. Inhofe also mentioned the provisions now in the bill that would allow pilots to fly without the ongoing requirement for a third class medical:

1)  Pilots would be required to complete an online aeromedical course every two years. The course would boost aviation safety by bringing the latest information on aeromedical factors to pilots.

2)  Pilots would need to see their personal physicians at least once every four years and be treated for any conditions that could affect their health. A pilot could then simply note that visit in their logbook without the need to see an AME or file any reports to the FAA.

3)  Any pilot who has not held a valid medical certificate within the past ten years or new pilots would be required to obtain a one-time 3rd class medical or special issuance to establish a health baseline. Once approved, no further AME visit or FAA certification would be required.

The bill also added provisions directing the FAA to study easing the special issuance process and to expand the Conditions AMEs Can Issue (CACI) program.

“EAA and AOPA have joined with Sen. Inhofe and his staff in tireless work to draw nearly two-thirds of the Senate in bipartisan support of this bill,” said EAA chairman Jack Pelton. “We appreciate Sen. Inhofe’s deep understanding of the Senate and his colleagues to bring this many senators behind this legislation.”

Moving legislation through Congress is a marathon, not a sprint, and it is not an easy straight line. The accommodations made by Senator Inhofe to his original proposal proved necessary to address specific and broad based concerns expressed by Senators to the bill as introduced.

The current construct gives the FAA the authority to look one time at an airman to establish their baseline eligibility to fly, then places the ongoing care and monitoring of a pilot’s health in the hands of the pilot and their personal physician, which is where EAA believes it should rightfully be. The GA community is now farther than it has ever been in pushing meaningful medical reform, eliminating much of the bureaucratic paperwork and cost for the vast majority of GA pilots.

EAA and AOPA also joined Sen. Inhofe’s call to any senators not currently on board to support the bill. EAA members in states where one or both senators have not become co-sponsors are urged to contact their lawmakers and ask them to join the overwhelming bipartisan support for the measure.

The FAA Announces a New Center of Excellence