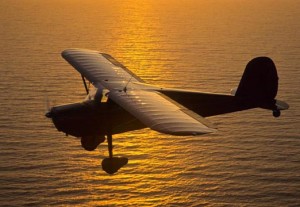 The Aircraft Owners and Pilots Association (AOPA) wants to open new doors to aviation by exploring the concept that aircraft ownership can be made more accessible and affordable through the development of “Reimagined Aircraft.”

AOPA has partnered with Aviat Aircraft to create these Reimagined Aircraft, and together will spend the remainder of the year testing the concept that an older Cessna 150 or Cessna 152 can be beautifully refurbished; placed into a flying club, partnership or flight school; and owned and operated for around $65 per hour including fuel.

AOPA believes that older airplanes that have been updated from tip to tail may be one way to truly bring down the cost of flying. When owned and operated in a community – like a flying club, partnership or flight school—Reimagined Aircraft have the potential to allow many more people to fly and become engaged in general aviation in ways that are not possible through singular aircraft ownership.

AOPA and Aviat will test this concept with around a dozen Cessna 150s and 152s. After they have been carefully refurbished, overhauled, and given new interiors and paint, these aircraft will be available at a base price of $89,900 and $99,900 respectively.

“Factors that may affect the viability of this concept include the price and availability of hulls, and the demand for Reimagined Aircraft, that’s why it’s important that we thoroughly test the idea over the remainder of this year,” said AOPA President Mark Baker. AOPA has already been working with banks and insurance underwriters to confirm that the Reimagined Aircraft can be easily financed and insured.
The first “152Reimagined” (N152UC) was on display in AOPA’s exhibit at AirVenture. Although these are the first “Reimagined” Aircraft, the idea of using existing aircraft to create affordable training and recreational airplanes within our industry is not new. “It’s encouraging that other groups are looking for ways to make flying and owning an airplane both fun and practical,” said Baker. “Reimagined Aircraft are one of the ways that AOPA can lead a wide range of aviators to their aviation fix.”

Familiar to tens of thousands of current and aspiring pilots, the Cessna 150 and 152 were AOPA’s choice to test the Reimagined Aircraft concept because they are dependable, simple to maintain, inexpensive to operate, widely available, and above all fun to fly.

“Aviators know how much fun it is to fly, and we want more people to have that experience. In testing this concept, we hope to show that’s it’s possible to have access to fun, easy-to-fly airplanes with updated technology and components at a price many more people can afford. Finding a way to make flying, and even co-owning, an airplane more accessible is a perfect fit with our other efforts.”

*Assumes up to 8 pilots per airplane, flying a total of 700 hours per year. Financing is a 12-year loan term at 6% interest with a 30% down payment and purchase by a flying club more than three years old which would not require a personal guarantee.

Order Your Own Reimagined Airplane!

The affordability and reliability of the 150Reimagined and 152Reimagined make it possible to offer your group an airplane that’s perfect for training, light travel, and all kinds of aviation adventures. With ownership and operating costs estimated around $64 per hour including fuel, a Reimagined Aircraft can get you and your flying friends in the air very easily.

AOPA has already been working with banks and insurance underwriters to confirm that the Reimagined Aircraft can be easily financed and insured. AOPA will not sell or profit from the refurbishment of Reimagined Aircraft, but will ensure that these aircraft can be acquired with competitive financing and insurance options through the AOPA Aviation Finance program and AOPA Insurance Services.

For more information on how to get your own 150Reimagined or 152Reimagined for your flying club, flight school or ownership group, contact Aviat at 307-885-3151.

About AOPA – Since 1939, AOPA has protected the freedom to fly for thousands of pilots, aircraft owners and aviation enthusiasts. AOPA is the world’s largest aviation member association. With representatives based in Frederick, Md., Washington, D.C., and seven regions across the United States, AOPA provides member services that range from advocacy at the federal, state, and local levels to legal services, flight planning products, safety programs and award-winning media products. To learn more, visit www.aopa.org.

The FAA Announces a New Center of Excellence