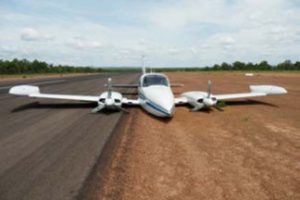 P2 Aviation Technology, a pioneer of landing gear voice advisories for general aviation, announced the addition of more aircraft models to the already long list of FAA-approved aircraft models. These new additions were the final models needed to cover the entire fleet of the Cessna 310, Beechcraft Bonanza and Mooney M20s. All models of the Navions were added to the list as well.

“As the popularity of our Audio Advisory System grows, we continue to get more and more requests from aircraft owners who did not see their aircraft on our AML. As a result, we pursued the expansion of this list,” said Steve Petrich, president of P2 Aviation Technology. “With gear-up incidents still happening all too frequently, we are hoping to prevent the next good pilot from making this big mistake.”

The two common factors contributing to these incidents are (1) distractions and (2) the fact that many pilots are now wearing noise-cancelling headsets. Coupled with an aging pilot group whose hearing may be deteriorating, this often results in gear-up accidents.

Unlike the standard gear warning horns found in most retractable-gear planes, which only come over the aircraft speaker, the P2 Audio Advisory System annunciates voice advisories directly through the aircraft audio system and to the pilots headset and/or speaker.

The MSRP for the Audio Advisory System is $2,195. For more information, visit: www.p2inc.com.