Music in the Cockpit

I have previously written about avionics tools that can ease pilot load. Obviously, GPS and big-screen moving maps have taken all the guesswork out of “where are we?” Active traffic systems and ADS-B have eliminated the concerns about “where are they,” and weather in the cockpit via Stormscope, radar, SiriusXM and, again, ADS-B have limited the concerns about “where is it.” The technology in modern audio panels has also played a significant role. Digital recorders play back ATC communications that we missed; monitor mode lets us listen to ATIS on radio No. 2 while staying in contact with ATC on No. 1; and some even allow us to record checklists in our own voice for emergencies, takeoff, landing, etc. and call them up at the push of a button. Obviously, Bluetooth and Wi-Fi have changed our lives both on the ground and in the air. Programming flight plans on the couch and then downloading them into our avionics prior to takeoff is a game changer for any pilot flying a significant amount of IFR. But Bluetooth also has a less practical application in the cockpit. Pilots have had music available for years but, frankly, I’m surprised how many pilots do not recognize the benefit of music in the cockpit.” Today, Bluetooth makes it a lot easier.

Most of us would not even think of driving our car without the radio, a CD, or some form of music and we do so without incident, yet many pilots see music in an airplane as a dangerous distraction. No question, part of flying is communicating. There are segments of a flight where communicating takes priority such as in terminal control areas. Many believe that having music in this situation will interfere. I think this is because most pilots do not understand how music in the cockpit works and the lengths to which audio control manufacturers have gone to make music a plus and not a minus.

Prior to the Bluetooth revolution, adding music to the aircraft required hardwiring common, sub-miniature jacks for music input into an audio panel or intercom that offered music capability (some did not). Virtually all intercoms and audio panels manufactured today have music capability. Originally, the systems and the music were mono but audio system designers like PS Engineering and headset manufacturers added stereo options and almost all of the new audio panels today are coming with Bluetooth wireless interfaces for cellphone and music input. If you install a new audio panel in your aircraft now, you will likely have stereo music via Bluetooth available, so why not use it?

When I was most actively flying back in the ’80s and ’90s, a cross-country flight included jazz or classical music in my ears, especially if I was solo. It added to the flight and it was never a distraction.

How is the music not a distraction? What happens when you are cruising with music in your ears and something comes over the radio or someone in the aircraft speaks into the intercom? PS Engineering — the dominant manufacturer of audio panels, which offers eight models with Bluetooth — calls it “SoftMute” and all their models offer it. The PMA8000G ($1,895) near the top of the PS Engineering line, gives you three ways to mute your music (you choose).

1. Mute on: Music will mute with either intercom or radio. The 8000G offers voice annunciation, which will say “mute on.”

2. Mute off: “Karaoke” mode — music will not mute except during outgoing radio transmissions. Voice annunciation will say “mute off.”

3. Radio mute: Radio communications will mute music, but intercom will not mute music. The voice annunciation from the 8000G will say “radio mute.” In all cases, the music returns softly, not abruptly.

Garmin offers one model, the GMA 345, with Bluetooth (they still offer the older GMA 350 without Bluetooth) and they call it “entertainment muting.” You can choose to turn music muting on or off with a radio transmission and muting on or off if someone speaks on the intercom. These are pilot choices and are controlled separately. Muting always occurs during alerts. So, in short, you choose to mute music either when there is radio activity or when the intercom becomes active. It’s automatic and not a distraction.

The iPad has become almost standard equipment in the cockpit, especially in a legacy panel where the budget for big-screen EFIS is lean. While it is used primarily for mapping and backup navigation and to display ADS-B weather and traffic, it is a good place to store your music library. Your cellphone can do the same. There are three ways to introduce music into the cockpit:

1. Create your own playlist from CDs or downloads and sync (download) into your iTunes library on your iPad or iPhone or simply load the music onto a data card and plug it into your Android device. Then connect via Bluetooth to your music-capable audio panel or through a wired connection. In this situation, you invest your time only.

2. Create playlists from a subscription service and download the related app to your iPad or smartphone. You invest less time and a little money.

3. Purchase an aviation device that receives SiriusXM and Bluetooth directly to your music-capable audio panel with a SiriusXM subscription. You invest no time but pay a higher monthly fee.

Let us look more closely at each option. If you’re ambitious enough to create your own playlist, then your investment is just the time it takes to create your “music library” and sync it into your iPad/iPhone or create a memory card for an Android device. The iPad can send music simultaneously to your audio panel while maintaining its role as a backup nav source and display for ADS-B.

I still have a library of more than 250 CDs so this would be a relatively easy option for me. I’ve already “invested” in the music but downloading is still time consuming.

Apple Music, Pandora, and Spotify are very popular subscription services that allow you to download unlimited music (including by artist or by genre) for a monthly fee, but they require an internet connection or access to mobile data to be “live.” So, with these options, you can store the music to be played offline by downloading and/or syncing the playlists in the app on your smartphone or, with an unlimited data plan, you can access these services live in the air. ITunes, not to be confused with Apple Music, is a library of the music you’ve downloaded from CDs and synced to your device or purchased digitally from the iTunes store. You can purchase an album, song, etc. but there are no unlimited subscriptions. Monthly fees look like this: Apple Music is $10 per month for an individual or $15 for a family so check with the kids before you get your own Apple Music subscription — you might qualify for the family deal! Pandora offers a free service with commercials; however, talk about distraction! I do not think you want commercials in the cockpit. They also offer a $5 or $10 monthly package. Spotify is a flat $9.99 monthly fee. Each service is a little different so look at what you get for your money before jumping in. All the services above offer free trials so that is the way to go before you commit!

SiriusXM is the only service with an aviation pedigree. Sirius and XM were both satellite-based subscription radio stations as early as 1990. XM weather has been an option for pilots for several years. Both companies struggled a bit with strong opposition from ground-based radio but merged in 2007 and SiriusXM is doing well today. You can get a weather or weather/entertainment subscription from SiriusXM, but if you want music/entertainment only, you appear to be out of luck. It is not available by itself. Music is available as a weather add-on only!

You’ll notice I am saying “entertainment” as opposed to music. That’s because the programming on SiriusXM is different. The services I mentioned above (Apple Music, Pandora, and Spotify) are focused on music and you can choose an artist, genre, or even a random feed. SiriusXM has “channels” that include just about any music genre you can think of, but it also offers entertainment in the form of talk, news, politics, comedy, etc. If a good laugh at 10,000 feet sounds good, then maybe SiriusXM is for you! PS Engineering used to offer an audio panel with built-in SiriusXM and SiriusXM also previously offered its own portable weather receiver to work with ForeFlight but both options are discontinued. Garmin, on the other hand has jumped in.

Garmin GDL 51 portable XM receiver — $649: The GDL 51 receives SiriusXM weather and music/entertainment depending on your subscription. It’s a portable unit that sits on top of the panel with a rechargeable battery or it can be powered from a USB charging port. It provides Bluetooth weather to Garmin portables or Garmin Pilot or ForeFlight compatible devices and SiriusXM music/entertainment to Bluetooth-enabled audio panels.

Garmin GDL 51 remote XM receiver — $649 plus antenna: This is the remote-mounted version of the 51 and it requires a Garmin GA 24 SiriusXM panel-top antenna at $75. It is aircraft-powered and does what the portable version does from under the panel. It provides weather and entertainment depending on your subscription.

Garmin GDL 52 XM/ADS-B receiver — $1,149: The GDL 52 gives you access to SiriusXM programming with a subscription and also receives ADS-B In weather and traffic to be displayed on a Garmin portable GPS or smart tablet. As mentioned, if you want entertainment you must have a weather subscription with an entertainment add-on.

Garmin GDL 52R XM/ADS-B receiver — $1,149+: The GDL 52R is the remote-mounted version of the 52 and it requires a Garmin GA 24 SiriusXM panel-top antenna at $75 and a GA 26C ($100) panel-top GPS antenna. As mentioned, if you want entertainment, you must have a weather subscription with an entertainment add-on.

SiriusXM “Tour” portable entertainment source — $149: SiriusXM now offers a way to receive programming independent of weather in their new Tour powered by Bluetooth. This unit receives SiriusXM programming at any altitude and mounts to the panel. It can also be used at home with Wi-Fi. With the Tour you can have entertainment programming in the cockpit with a Bluetooth connection to your Bluetooth-ready audio panel. Entertainment-only subscriptions are available starting at $10.99 but with special first year pricing. The Tour is designed for your car but easily adapts for aircraft use.

Faro Stealth Audio Link — $139 (Sporty’s): If you primarily fly solo and see that adding music might be desirable, even if you don’t have a Bluetooth-capable audio panel, there’s a way to add music to your pilot headset with the Faro Stealth Audio Link. The “link” goes inline between your headset and headset jacks and receives music from your Bluetooth source and, like the more expensive audio panels, allows for aircraft priority, and mutes the music when desirable.

Chances are you never considered adding music or entertainment to your cockpit and it is also possible that you did not understand how it works. PS Engineering and Garmin, the primary providers of Bluetooth-capable audio control, have made the option of music seamless and without distracting you from important communications. If you enjoy music while cruising in the car on the way to the airport, add this capability to your aircraft. If you have a modern Garmin or PS Engineering audio panel in your aircraft, there is a good chance you already have the capability so, enjoy!

Until next time … safe and happy flying! 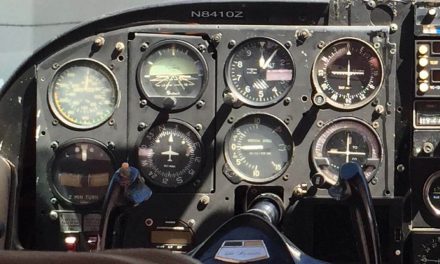 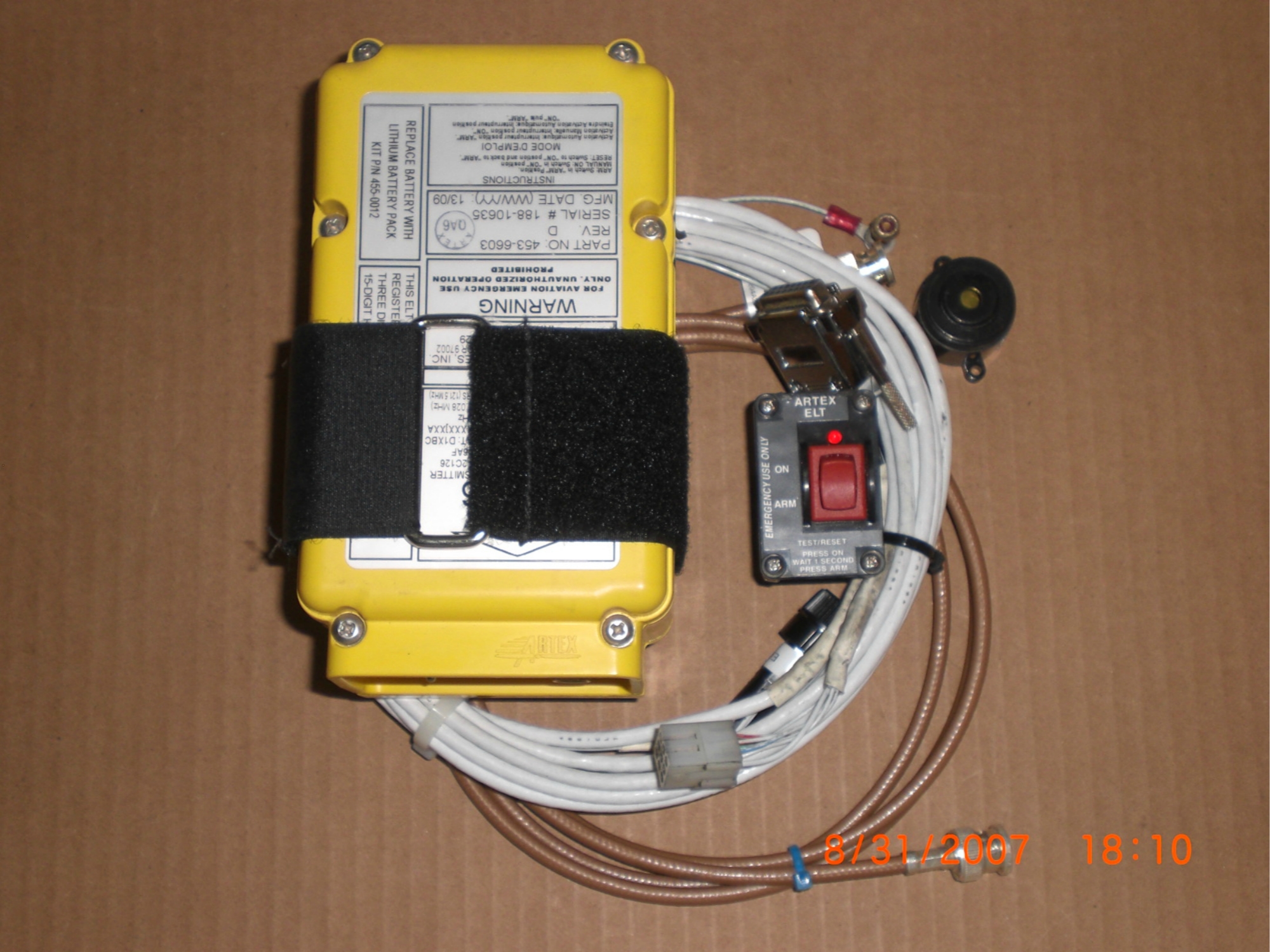 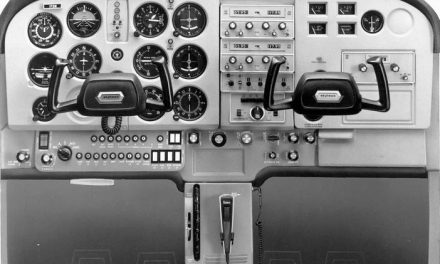