How to Read Your Approach Chart Part 2: Obstacle Departure Procedure

Joel Turpin wrote a two-part series that ran in the November and December 2018 issues of Cessna Owner Magazine. You can read the entire articles in our digital archive.

Learn more about Part II below and read the entire article here. 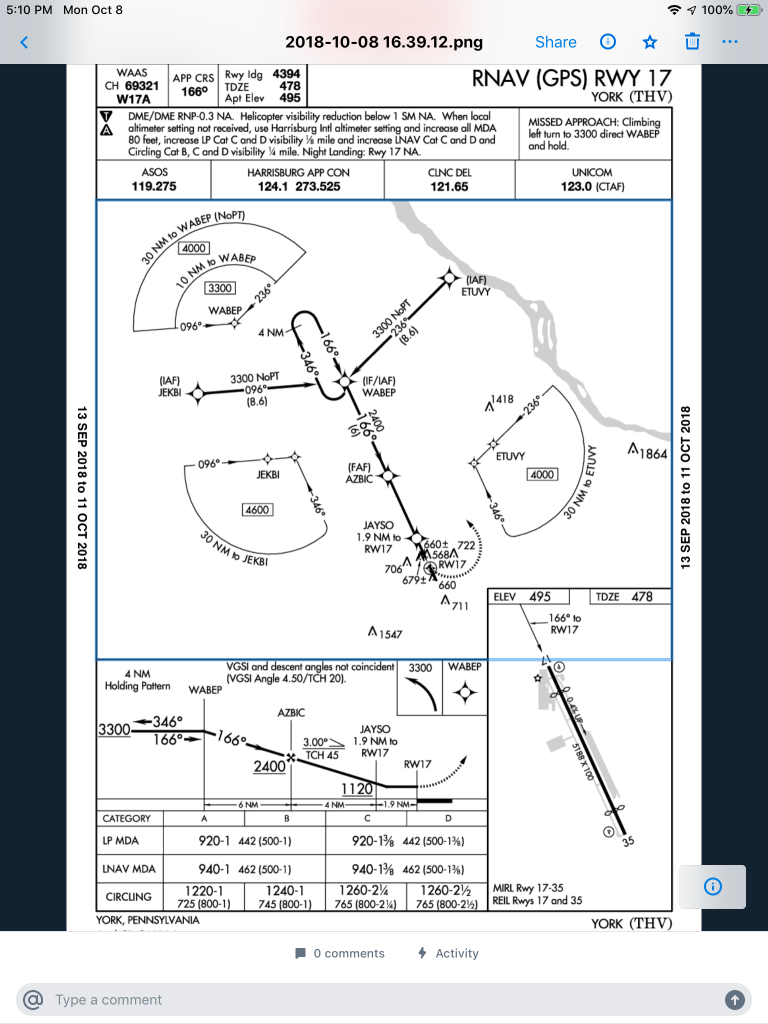 Important: There is a correction to the printed article in the December 2018 issue.

Concerning my article “How to Read Your Approach Chart Like a Pro…Part 2”, due to a miscommunication, some text accidentally got deleted. The missing text is highlighted in black.

On Page 22 of the Cessna Owner Magazine, and Page ( you fill in the number, Rocky) of the Piper Owner Magazine, Under ANSWER, beginning with   “…and fly it to the MDA of 920 feet, checking that  WABEP IS CROSSED AT OR ABOVE 3300 FEET, then AZBIC is crossed at or above 2400 feet ..”. And in the next paragraph that begins with “The other option is to use the dive and drive method..”, it should say “…by crossing WABEP AT OR ABOVE 3300 FEET, AZBIC  AT OR ABOVE 2400 FEET, then descending to cross JAYSO at 1120 feet.”

INTRODUCTION
In this tutorial, I will continue to encourage instrument pilots to look at their approach charts with a critical eye. IAP charts hold many mysteries that if not understood, could have an impact on the safety of the flight. One of these mysteries is the Obstacle Departure Procedure, which will be discussed in detail. So, fasten your belts as we again blast off into the wild gray yonder and into the world of instrument flying.

IAP CHART REVIEW
The first order of business is when to review the instrument approach chart, followed by which charts should be looked at.

The absolute worst time for a first look at the chart is while flying the airplane. There are simply too many distractions while managing the flight for a thorough review of the chart with a critical eye. Examining the IAP chart should be done long before boarding your airplane, and preferably the day before the flight is to take place. This way, there is nothing more important than looking closely at the chart’s details with no time constraints or distractions.

The next order of business is which charts at your planned destination, and departure airport, to review. I know that checking the approach charts for your departure airport may sound a little strange, but this is where to look for the presence of an Obstacle Departure Procedure.

GLIDE SLOPE OR GLIDE PATH vs VASI/PAPI
Just above the profile box on the approach chart is a note that says “VGSI and descent angles not coincident (VGSI 4.50 degrees, TCH 20 feet.”
VGSI means Visual Glide Slope Indicator)”, ie the VASI or PAPi. For Runway 17, there is a PAPI that has a final approach angle of 4.5 degrees based on a TCH, or Threshold Crossing Height of 20 feet. This is much steeper than a normal 3-degree approach angle.
The significance is that if the reference glide path is followed, which is normally a 3-degree angle, upon breaking out of the weather, you will find yourself below the PAPI for Runway 17. This is because there is a displaced threshold that reference glide paths do not recognize. For this reason, the VASI or PAPI always has precedence over a reference glide path on short final. As soon as you see the red lights indicating too low on the approach, stop your descent and fly level at or above the MDA until intercepting the visual glide path.
When flying an ILS or LPV approach where a discrepancy between the VGSI and the glide path or slope exists, I prefer to transition to the VASI of PAPI when the runway comes in view. However, when flying these approaches, it is the pilot’s choice as to which path to follow.

Joel Turpin started his aviation career by soloing in a J-3 Cub in 1966 at age 16. He earned his CFI as a 19-year-old college student in 1970 and has been an active flight instructor since then. After college graduation he became the chief pilot for a commuter airline where he flew the DC-3 and Beech 18 in scheduled passenger operations. Joel later became the Director of Training for Flight Safety International’s King Air division. He was hired by a major airline in 1986 where he flew the B-727, 737, 757, and 767 in both domestic and international operations, retiring in 2015 with over 28,000 hours in his logbook. Joel currently teaches instrument flying in a variety of single-engine airplanes. He also flies the Pilatus PC-12NG for two different corporations and is a FAAST Team Representative. In addition, Joel was recently given the Master Pilot Award by the FAA for 50 years of flying accident and violation free. 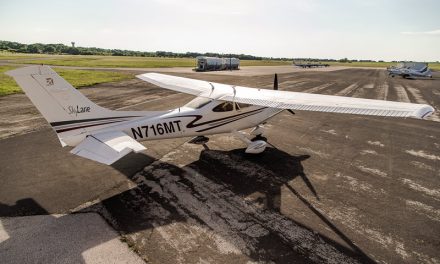