Tailplane Stalls: How to avoid one 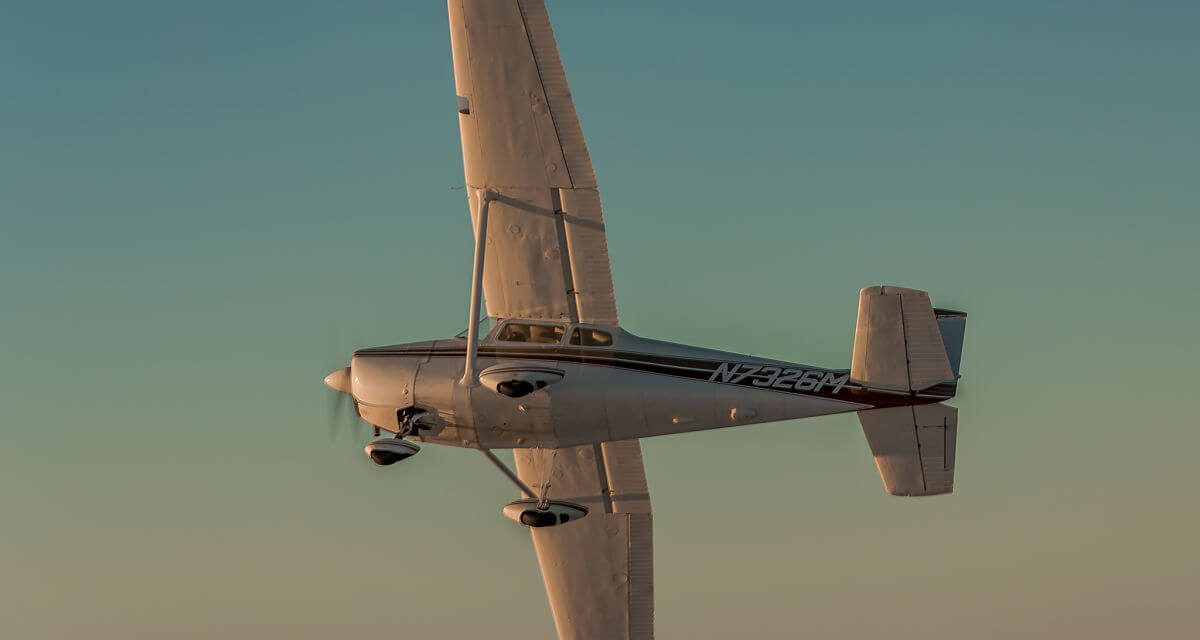 The tailplane stall has received very little attention in aviation training venues, and because of this, it is not well understood by most pilots. But before we explore the aerodynamics of the tailplane stall, we first have to know that the term means.

A “tailplane stall” refers to the stalling of an airplane’s horizontal stabilizer. While tailplane stalls are exceedingly rare, pilots should be familiar with what can cause the stabilizer to stall, which airplanes are most susceptible to them, and what can be done to prevent it from occurring. All of these subjects will be covered in this tutorial.

The Tailplane Stall Gets Investigated

When the stabilizer stalls, the results are dramatic, and almost always fatal. And unlike a wing stall, there is no way to simulate a tailplane stall, or practice recovering from one, in a single-engine airplane.

On October 31, 1994, an ATR 72, a high-wing commuter airliner, crashed while flying a holding pattern in icing conditions. The airplane dove into the ground from 9,000 feet in a vertical dive from which the pilots were unable to recover. The NTSB initially theorized that there was ice on the leading edge of the horizontal stabilizer at the time of the accident, and that the stabilizer might have stalled. While this theory was later disproved, it did motivate the NTSB to investigate what happens when the stabilizer stalls.

The mystery the NTSB had to solve was this; airplanes flew every day with iced up stabilizers and didn’t crash while others, on rare occasion, did. However, there was a common thread. Most tailplane stalls had occurred on high wing airplanes flying in mixed icing conditions with the flaps fully extended. It was postulated that the extension of full flaps could cause an iced-up stabilizer to stall.

Armed with this theory, NASA and the Airline Pilots Association decided to conduct flight tests to investigate whether full flaps on a high-wing airplane with an iced-up stabilizer could cause a tailplane stall. In addition, they wanted to further explore the pitch-over phenomenon associated with a stalled stabilizer.

In 1995, two pilots from the Airline Pilots Association (ALPA) went to NASA’s Glenn Research facility in Cleveland, Ohio and met with the officials charged with the investigation of tailplane stalls. NASA owned a Twin Otter, a high-wing turboprop research airplane, that would perfectly replicate the commuter airliner that had crashed earlier.

It was quickly decided that in the interest of safety, the test flight would not be flown in actual icing conditions. Instead, the NASA engineers attached a strip of material to the leading edge of the left horizontal stabilizer in the shape of a substantial accumulation of mixed ice.

In addition to the strip, the Otter was equipped with cameras and data collection instruments to record the flight for later evaluation.

The crew consisted of the two ALPA safety officers, two NASA pilots, a scientist, and a NASA engineer. With one of the ALPA pilots at the controls, they took off and climbed to 6,000 feet. Once established in level flight, they set up for a simulated instrument approach. Descending with partial flaps, the Twin Otter’s flight characteristics were perfectly normal. However, when the flaps were lowered to full down, the stabilizer stalled and a mysterious aerodynamic “genie” escaped from its lamp.

This article originally appeared in the March 2019 issue of Cessna Owner magazine.

A Dramatic Encounter with a Tailplane Stall!

Once the flaps reached the full down position, the Otter immediately and violently pitched straight down! But unlike the deceased commuter pilots, the Twin Otter pilots knew what had caused the loss of control and immediately raised the flaps to full up.

Even so, it still required 170 pound of up elevator control and nearly 1,000 feet to coerce the Otter out of its dive. As a side note, the Twin Otter’s crew may be the only ones ever to have survived a full tailplane stall since the lowering of full flaps normally occurs close to the ground.

What Can We Learn?

Having the stabilizer stall before the wing stalls requires a very special set of circumstances, which is why it is such a rare phenomenon. Most tailplane stalls occur under the following conditions:

To understand the tailplane stall requires a brief review of basic aerodynamics. The center of lift is normally associated with the thickest part of a wing’s upper surface. The center of gravity – the focus of the airplane’s weight – is almost always ahead of the center of lift. Because of this arrangement, there exists a lever arm between the two that is constantly trying to pitch the nose downward, with the CG as the pivot point.

Keep in mind that during flight, the horizontal stabilizer makes lift downward to counteract the nose down pitching moment, resulting in an uneasy state of equilibrium.

When the flaps are extended, the center of lift, or COL, moves rearward on the wing increasing the length of the lever arm between the GG and the COL. This longer lever arm increases the nose-over pitching moment. With flaps extended, the stabilizer makes more downward lift to counteract the increased nose down force. If the stabilizer stalls, it is this increased force with flaps extended that causes the dramatic pitch-over phenomenon associated with a tailplane stall.

The Catalyst for a Tailplane Stall

The turbulent air flowing downward from the trailing edges of the fully extended flaps strikes the stabilizer from above increasing its angle of attack. This can cause the stabilizer to stall, but only on certain airplanes, and only if the stabilizer’s leading edge has a substantial accumulation of ice, and especially, mixed ice.

What pilots should understand is that the catalyst for a tailplane stall is the extension of full flaps. This, along with the ice accumulation, is what causes a tailplane stall before the wing stalls. Not extending the flaps to the full down position for landing will remove the catalyst and help assure a safe landing.

The Symptoms of an Impending Tailplane Stall

As with the case of the Twin Otter, a tailplane stall can occur so rapidly that it is difficult to detect the symptoms prior to a stall. However, pilots should still be familiar with the signs that the stabilizer is about to stall in case they appear with partial flap extension, or in any other configuration. These signs include, but are not limited to:

It must be understood that the autopilot may mask the onset of a tailplane stall until it is disconnected. For this reason, when landing in icing conditions, especially when flying a high-wing airplane, the approach should be hand flown.

Read this article in the March 2019 issue of Cessna Owner magazine an illustration of how tailplane stalls happen.

While this article seems to be an indictment of high-wing airplanes, a tailplane stall is possible when flying a low-wing airplane, especially if that airplane has a stabilator or T-tail in lieu of a conventional stabilizer. I learned this first-hand the night I had a close encounter with a tailplane stall in the early days of my career.

During the winter of 1974, I was employed as a Cherokee Six pilot by a commuter airline based in south central Missouri. One cold and miserable night, I found myself in the unenviable position of having to land with over one inch of mixed ice on my wings and stabilator. To mitigate the effects of the ice, I had planned on landing with zero flaps and at a much higher than normal approach speed as I had plenty of runway for stopping.

However, as I crossed the threshold with the landing assured, I yanked on full flaps thinking it was safe to do so. The instant the flaps were full down, the control wheel began moving rapidly in and out of its own accord. Realizing the stabilator was on the verge of stalling, I immediately raised the flaps and the control wheel oscillations stopped.

While the landing was uneventful, I was fully aware of how close I had come to letting the “genie” out of its lamp, and how close I was to disaster.

Another Way Flaps Can Cause a Tailplane Stall

The Pilatus PC-12NG I fly professionally is a low-wing airplane with a very tall T-tail. There is no possible way air blowing downward off the trailing edge of the flaps can impact the stabilizer from above, since the stabilizer is about 8 feet above the flaps. Yet, this airplane is very susceptible to tailplane stalls.

The POH has specific limitations that apply after encountering icing conditions to prevent a tailplane stall. The assumption is that the deicer boots were not able to shed the entire accumulation of ice on the stabilizer. When landing after an icing encounter, the POH mandates a landing with just 15 degrees of flaps as opposed to the normal 40 degrees. In addition, if the deicer boots fail, and a landing must be made with ice on the stabilizer, a zero flap landing must be made.

So, how do the flaps affect the stabilizer when they physically are not in a position to do so?

Is Your Airplane a Candidate?

There is no catalogue of airplanes that are, or are not, susceptible to a tailplane stall. However, if your POH has limitations on the use of flaps in icing conditions, as does my Pilatus, your airplane is a candidate for tailplane stalls.

However, regardless of what kind of airplane you fly, if you must land with a significant accumulation of ice on your wings and stabilizer, the safest procedure is to avoid the use of flaps, and especially full flaps. Why risk your life to be a test pilot for the manufacturer?

This article originally appeared in the March 2019 issue of Cessna Owner magazine.

While tailplane stalls are an exceptionally rare phenomenon, when they occur, they are almost always fatal. For this reason, it is hoped this tutorial will help pilots become aware of the dangers associated with the tailplane stall, the symptoms of an impending encounter, and most importantly, how to avoid them.

As always, it is my sincerest desire that my esteemed readership will find this article to be not only of interest but of educational value. For questions, comments, or corrections, please feel free to contact me via the email address provided below. 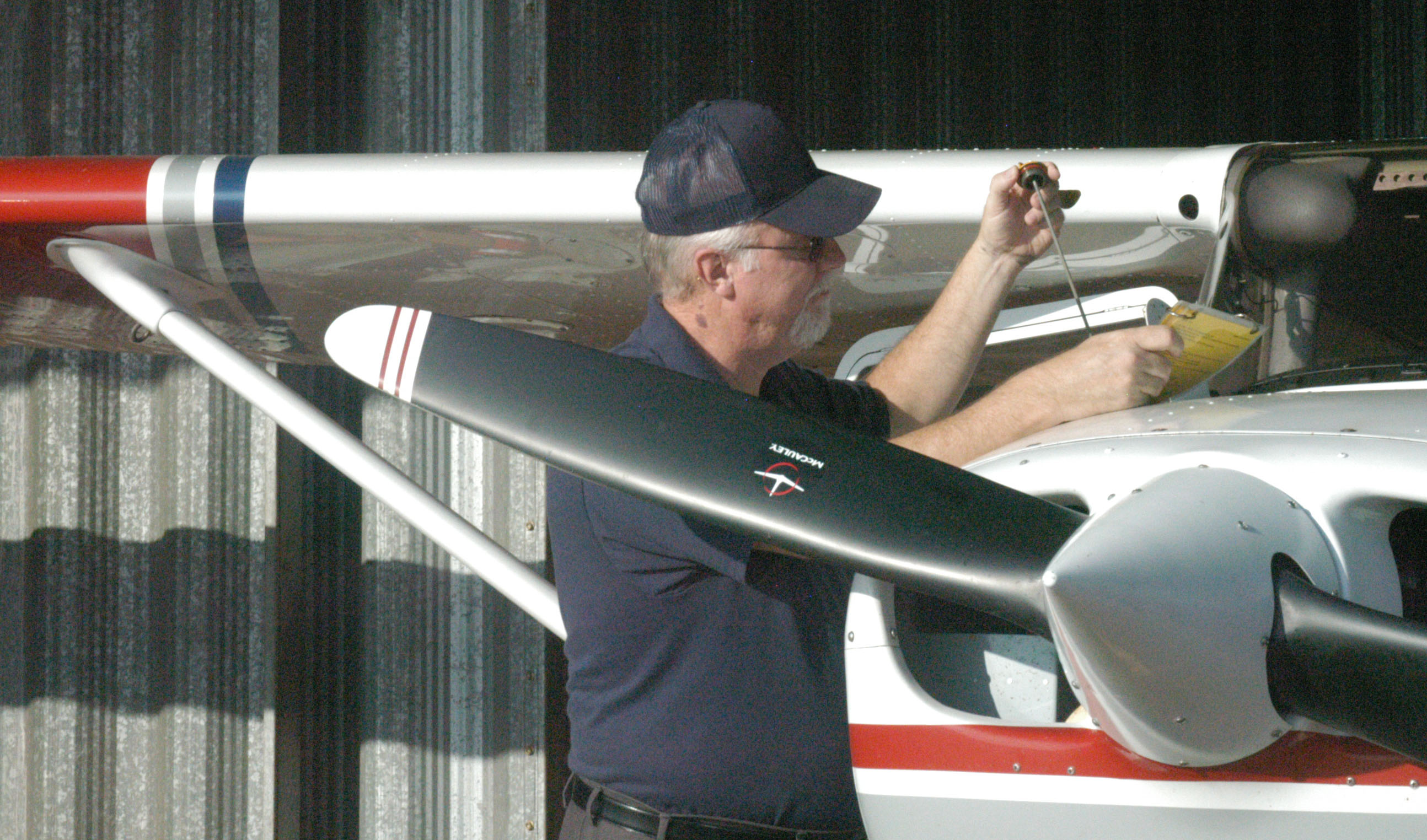