Bill Cox ‘My Sky’ About the Author 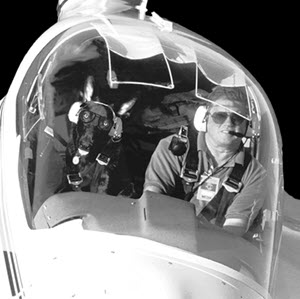 Aviation writer/photographer and pilot Bill Cox has been in love with airplanes since the age of 13, though he refuses to admit how long ago that was. He survived his first airplane ride as a Civil Air Patrol Cadet in a Piper J-3 Cub on skis out of Merrill Field in Anchorage, Alaska, sometime in the middle of the last century. “We did a variety of search-and-rescue missions,” Bill commented. “All search and no rescue.”

Bill attended the University of Alaska in Fairbanks for two years and the University of New Mexico in Albuquerque for nearly five years, earning what he now acknowledges were “a pair of marginally useless Bachelor’s degrees,” one in Science and one in Art (music).

A former aerospace technical writer for Douglas Aircraft, Bill became a full-time, independent, freelance writer in 1974 and has gone on to sell some 2,000 articles. Between 1985 and 1991, Bill worked with then-ABC/TV senior vice president Phil Boyer (now retired AOPA president) as an on-camera host, writer, and primary formation pilot for the ABC/TV series “Wide World of Flying.”

Starting in 1977, Bill began delivering new and used aircraft overseas and has made 220 delivery flights across the world. Notably, and not chronicled in this book, Bill delivered Brad Pitt and Angelina Jolie’s former Cessna Grand Caravan from Long Beach, California, to its new owner in Seoul, Korea.

In a half-century of flying, he’s had 13 engine failures (two at a time, see Chapter 11), but has only lost one airplane, a Piper Lance in the Ogaden Desert of Ethiopia in 1998 (also detailed in Chapter 11).

Bill lives in San Pedro, California, with his better half, Peggy, a veterinarian and also a pilot; his Siberian Husky, Kenai; Australian Cattle Dog, Scout; and flies his sixth airplane, a Lopresti Mooney, though “far too infrequently.” 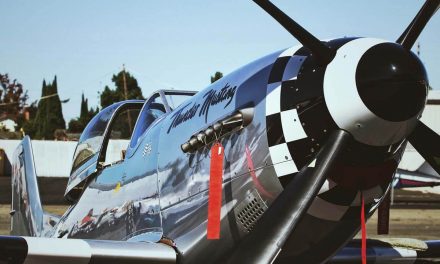